With mobile phones becoming more powerful, and more important for people’s lives, a growing number of services are emerging to help backup all the personal data on those phones. But in some cases, powerful carriers are still getting in the way.

Fusion One, a Silicon Valley company that lets you backup pretty much any content on your mobile phone, has just raised $6 million.

Already, folks with smart phones like the BlackBerry have most of their phone’s contact, email and calendar information stored in the online cloud anyway (through Microsoft Exchange), so that if a phone is lost the information can be pulled down from Microsoft’s servers onto a new device. However, the vast majority of phones are still more basic and don’t have such a service built in. 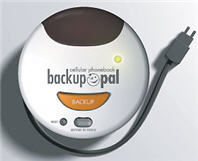 There are also other phone backup services like Dashwire and Backup-Pal. Backup-Pal lets you avoid being locked into relying on a single carrier, and it works with both CDMA and GSM phones. But its service is more basic, focusing on contacts.

FusionOne’s service, by contrast, lets you backup much more, but doesn’t let you carry your data across carriers, and only works now with CDMA phones that use Qualcomm’s Brew technology. It will work on other kinds of phones in the future, the company said. Because it offers its service via the carriers, it is dependent on them, and so isn’t letting you switch carriers. The first carrier using FusionOne’s new service will likely be up and running this summer, the company says. (We wrote about San Jose, Calif.’s FusionOne more extensively here, when we first mentioned its funding; however, at the time the company hadn’t yet confirmed the funding).

Dashwire is similar. It also stores your communications in the cloud. You download its application to your phone, and it syncs with a server, so that you can access it on a Web site online if you want. So when you get a new text message, you respond to it from a web page online. Dashwire also has social networking features, such as one-click photo uploads to Bebo, Facebook, Flickr and Twitter. It announced an free open beta for Windows Mobile users at the CTIA conference in Las Vegas last month. Future versions will support Symbian Series 60 devices and BlackBerry. Here’s a tour. It has raised about $1 million from angel investors.

I’ve been trying to check whether this company lets you carry your data across carriers. I’ll update when I hear back from the company. [Update: Dashwire says it supports moving contacts, bookmarks and speed dials from phone to phone across carrier networks. All other content (SMS, calls, photos, videos, etc) remain backed up on Dashwire.com alone. Its new mobile client allows a user to access photos stored in the cloud from the phone].

FusionOne, meanwhile, already has 15 carriers using its existing service, which runs at about $2 a month service for backing up contacts on phones. It has five million active subscribers.

Its funding comes from El Dorado Ventures, Nokia Ventures, CDMA Development Group and White & Lee. The company has been around for a decade, but its latest service, called MightyBackup., can restore licensed applications, camera phone photos, and anything else that you’ve backed up on a phone