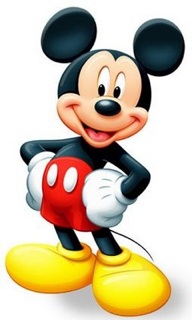 As we’ve discussed recently, there are a growing number of players in the online movie distribution field. Eventually, one way the winners are going to set themselves apart is by promoting content that others don’t have. Apple had that for a while with Disney movies. Not anymore.

Today, the digitial video recorder TiVo announced a deal with Disney to place its films on the device for rental. This service will be provided via a deal with CinemaNow, according to NewTeeVee.

Apple didn’t have an exclusive deal with Disney, but it was one of the only major players with both a download service (iTunes) and set top box (the Apple TV) to have access to the popular films. This was hardly surprising given that Apple chief executive Steve Jobs sits on Disney’s board of directors and is Disney’s largest individual shareholder (thanks to the deal made when Disney bought Jobs’ digital animation film house Pixar for $7.4 billion in 2006).

With Disney films now on TiVo, it makes the device a more compelling competitor to Apple TV (not that it wasn’t already given that it has DVR functionality while the Apple TV does not). It also indirectly gives a boost to iTunes competitor Amazon Unbox because that service is on the TiVo as well for movie downloads (though the Disney deal is separate from Unbox).

Even though it’s not yet the leader in movie downloads that it is in music downloads, it seems like Apple is being come at from all sides. Just a couple weeks ago, Netflix announced a new set top box with Roku that will allow subscribers of that service to access catalog content in their living rooms for free. The device is also significantly cheaper than the Apple TV ($99 vs. $229).

Now even Mickey Mouse has dealt a blow to Steve Jobs. Will he counter with an announcement at Apple’s WWDC event a week from Monday?