Dell loses false advertising lawsuit: The New York Attorney General won a lawsuit against Dell and its financial services subsidiary for false advertising, fraud, deceptive business practices and abusive debt collection. The suit, brought by Attorney General Andrew Cuomo in May 2007, said that Dell pulled a bait and switch on customers by failing to provide timely onsite repair to customers who paid for it.

Amazon.com cuts Kindle price 10 percent: Amazon cut $40 off the price of its Kindle electronic book reader. The company will now sell the device for $359. The device debuted in November but it is unclear how many of the devices for reading books, blogs, magazines have sold.

ABI Research predicts one billion users will view online video in 2013: ABI Research says that increasing broadband penetration and rising connection speeds will prompt more and more people to become consumers of online video. By 2013, the market researcher predicts that a billion people will be watching web video. Mostly, that means they will be watching free video on the web. For pay-TV providers, they better get with the program or find themselves serving a smaller and smaller slice of the viewer audience, ABI says.

Vodaphone gets a new CEO: Vodaphone Group said that Vittorio Colao will become the CEO of the company. He succeeds Arun Sarin, who has been CEO for the past five years. During that time, Vodaphone expanded into Eastern Europe and grew its customers from 120 million to 260 million globally.

Closing the barn door a little late? Belgian newspapers are suing Google for $77.5 million for posting their copyrighted material without permission on Google News. This sounds a little like approaching Genghis Khan for war reparations.

Akimbo insider details firm’s demise: Akimbo Systems went belly up last week as it tried to launch a video-on-demand service. An insider tells a story about the company’s collapse and blames it on the bad strategy of trying to charge for hardware, monthly subscriptions and content. The insider says that the company failed to get its new service on other boxes, such as Tivo or Windows Media Center. 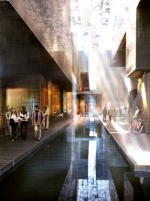 Abu Dhabi invests big in solar: Abu Dhabi’s Masdar Initiative puts $2 billion into its own thin-film startup. That’s the world’s largest single investment in solar, made by an emirate that is rich on the old source of energy, oil. The panels the company makes are expected to be used in Masdar City — a zero carbon, zero waste city — in Abu Dhabi.