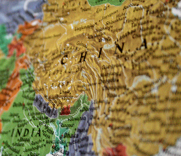 Apple has been signing deals at a breakneck speed to get its iPhone in markets around the world, but the one country everyone knows it wants to enter has remained elusive: China.

A new deal signed with Hutchison Telecommunications International changes that — sort of. You see, the plan is to offer the device in Hong Kong and Macau, both of which are technically part of China but designated as special administrative regions. Note: Hutchison is a property of Hong Kong mogul Li Ka-Shing, who has been a leading investor on the mainland and who, separately, has reportedly put $120 million into Facebook.

So while entering the Hong Kong market is nothing to sneeze at, potential access to China’s 1.3 billion people will have to wait for another day. At least.

There’s been some talk that there could be a breakthrough on negotiations soon thanks to the Chinese government’s recent overhaul of the telecomm industry, but so far they remain at a stalemate.

“I’d rather put a chainsaw down my pants than try to negotiate that deal,” one Chinese entrepreneur tells us, who had been approached by Apple to help it work on a relationship with China Mobile, the country’s leading mobile carrier.

The reality is that both Apple and China Mobile insist on having control over the device. China Mobile simply won’t budge the way that AT&T and other telecoms have, we understand. It doesn’t have to. Millions of Chinese are joining mobile services each month and buying other phones. Besides, serious iPhone fans in China already have them: We hear there are more than half a million unlocked iPhones in mainland China.