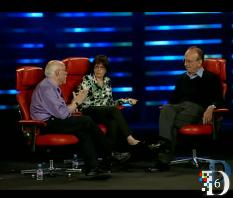 Rupert Murdoch holds forth on newspapers, Obama and Hollywood release dates: What if Rupert Murdoch were to wake up tomorrow and discover that he was the owner of a metropolitan newspaper?

“I would run,” the News Corp. owner said today at the All Things D conference. Murdoch also admitted that he’d been involved in the editorial decision of the New York City-based newspaper The New York Post, a News Corp subsidiary, to endorse presidential candidate Barack Obama, whom he called a “rockstar.” Of interest to Hollywood, Murdoch said that he’d like to see the release date narrowed between when a movie comes out in theaters and on DVD and video on-demand. As the owner of social network MySpace and other popular social web properties, Murdoch’s Fox studios has especially strong internal set of formats for movie promotion and distribution. Finally, Murdoch pointed out that Obama’s campaign appears to be spending the most on Google ads, not so much social networking ads or other forms of advertising. You can watch the full video here.

Intelius, thinking about going public, accused of scam — Naveen Jain’s Intelius is scamming millions from users through a subscription-service-posing-as-a-survey scam, Michael Arrington charges, referencing extensive public documents about the company’s finances. Jain, notably, previously faced a number of charges over misleading investors about the value of Infospace, a dot-com era he headed that was briefly valued at $31 billion. Jain’s son defends him in a separate reply to Arrington’s piece, which you can read here.

How much will the housing crunch lead to unemployment? — Entrepreneur turned stock market bear Jon Fisher says unemployment will rise to nine percent in coming months. Fisher uses this Bloomberg chart to show a correlation between a fall in the rate of new U.S. housing creation (white line) and a rise in unemployement (red line) in the last fifty years. You can also read our previous coverage of Fisher’s views on the economy, and the future of tech startups. 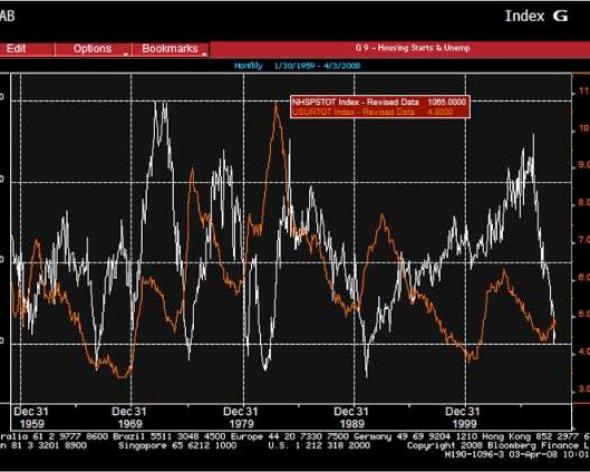 More details on Chinese social network 51.com’s social network — 51.com, which competes against established social media services like giant instant messaging service QQ, Facebook clone Xiaonei and others, said last week that it was working on a platform for third party developers. Kaiser Kuo, who writes an excellent blog on the internet in China (in both English and Chinese ), has gotten more details from the company. It will launch a beta version sometime in June, with a set of APIs that will focus around “user information, friend list information, and other basic user activity on the network,” Kuo hears from company founder Andy Yao Yonghe. Top developers will be joining the company in the announcement, and launching applications.

Two more mobile platforms, one from Qualcomm, one from Microsoft — Qualcomm, the maker of mobile software including the BREW operating system, is introducing its own mobile widget platform today, called “Plaza.” Meanwhile, Microsoft is working on its own mobile platform, mysteriously code-named “Echoes.” It will be designed to let mobile operators run a set of Windows mobile applications and other services. Platform is certainly a buzzword now, but the iPhone SDK and Google’s Android both have the most momentum when it comes to offering meaningful ways for third party developers to build mobile applications. Taking into account their out-of-the-gate lead, the name of Microsoft’s offering already seems a little ironic.