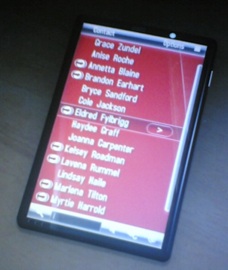 Google’s Gphone is getting delayed until 2009, according to The Street. Yes, you read that right: the Gphone.

You might think it was a harmless mix-up by writer Gary Krakow. After all, what we now know as the Android platform was called the “Gphone” or “Google Phone” back when we all thought there would be an actual physical device. However, Krawkow goes on to say the following:

“According to a source familiar with the situation, although a large number of people are hard at work on the Gphone and the open-source operating system/platform for mobile devices (Android) the actual Gphone will not be ready for release this year.”

The emphasis is mine, but shows that Krakow clearly believes the Gphone and Android to be two separate things.

When Google unveiled the Android platform last November, it was clear that Google’s emphasis would be on software. The goal seemed to be to get this software on as many phones as possible, as Silicon Alley Insider rightly notes while expressing its confusion over this report as well.

However, last November, Google chief executive Eric Schmidt didn’t exactly rule out the company making its own Gphone in the future, but it was clear that the emphasis was on Android for the time being. It doesn’t make a lot of sense that Google would make its own phone right out of the gate and undercut all its Android partners.

So is there an actual Gphone in the works right now or is this simply a mix-up? The report also indicates that Android itself could be pushed until 2009, but then notes that Android running on other phones could still be available by the end of this year.