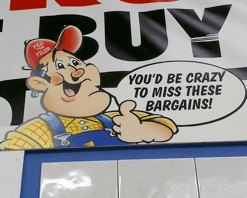 As more 3G iPhone rumors pour in, I still believe the most audacious one is that the device will be sold for $199. I, like many others, have a hard time believing that Apple and AT&T would give us all such an incredible deal when it could just as easily keep the price in the $400-range and still sell a massive amount. However, the rumors persist and simply must be taken seriously.

We already knew about the first report from Fortune, and another tip given to Wired a few days ago backed that up. Digg founder Kevin Rose (not always the most reliable source for these rumors) released a video claiming he heard that Apple would have an iPhone for $200 as well. However, the most telling information may be coming from overseas, where they are perhaps not quite as tuned in to the rumor cycle of the United States.

Telefonica SA is going to be the sole distributor of the iPhone in Spain, according to Thomson Financial News. And Thomson Financial has also said the device will be sold for under 100 euros. 100 euros is approximately $150 U.S. — and the 3G iPhone is going to be sold for less than that? How is that possible? Well, just as it would be in the U.S., through a subsidy by the distributor.

In the U.K., meanwhile, the 3G iPhone will cost 100 pounds with an 18-month contract, according to Macworld UK. That is approximately $195 U.S. — nearly identical to the rumored $199 selling price of the 3G iPhone stateside. There is also talk that the device could be given away for free in the U.K. if customers sign up for the most expensive contract — or, get this, if they trade in their first generation iPhone.

Certainly what Apple does with the device overseas (where it hasn’t sold quite as well) doesn’t mean it will do the same stateside, but having a huge $200 or more price disparity would be pretty odd.

I’m not saying that we’re definitely going to see a $199 3G iPhone, but there is simply too much information out there to rule it out.

It’s still not entirely clear why Apple would agree to such a steep discount, but perhaps losing some market share to Blackberry last quarter convinced the company to allow AT&T to subsidize the iPhone just as it subsidizes all of its other phones. Remember, AT&T makes much more off of contracts than it does off initial phone hardware sales — and a $199 iPhone would bring AT&T a massive amount of new contracts.

We’ll know for sure in a few days. At least we know that if the device is released with the subsidy, current iPhone owners (like me) will be able to take advantage of it as well.