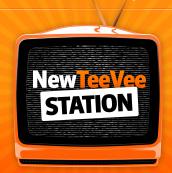 NewTeeVee is already a go-to site for online video business and technology news, but now its launching another site that’s not so geeky: NewTeeVee Station, featuring reviews of online videos. This is a smart move to attract more mainstream readers and I wish I’d thought of it first. I mean, if you’re reading about “digital media,” would you rather read about an online video startup raising another round of funding, or reading about the funniest video on YouTube? Okay, maybe you’re not the average reader, but you get my point.

The NewTeeVee staff has been working on the site for a couple of months, creating a database of more than 100 shows and videos, and reviews. NewTeeVee founding editor Liz Gannes tells me the plan is to publish one story and four new videos per day, with the expectation that the videos and reviews will become an increasingly valuable resources for online video viewers, as online video continues to gain popularity. The reviews explain the background of the videos, things like the story of how the videos became viral, and background information about the best video creators.

The database will become increasingly user-editable, Gannes says, who adds that ultimately, NewTeeVee Station is “a bet that online video is a legitimate entertainment medium.”

Sample review of a great recent YouTube hit, You Suck At Photoshop: 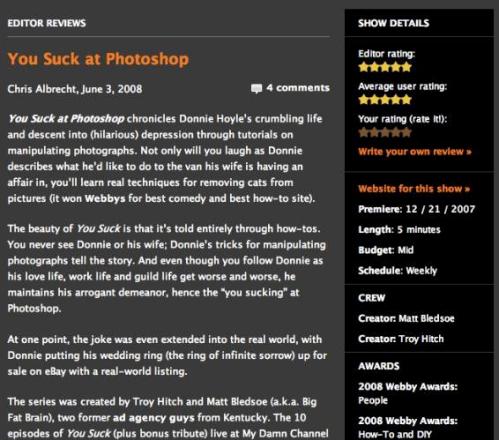