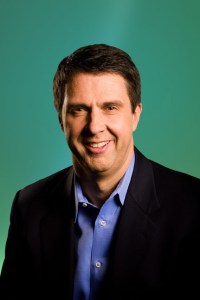 Robbie Bach has to put on a happy face when he talks about all of his children. Of all of the businesses in his Entertainment & Devices group at Microsoft, Windows Mobile is one of the toughest businesses to run. It has more than 20 million units in the marketplace, but it’s up against competitors such as Apple, Nokia, and pretty soon Google. This is the third and final edited transcript of a recent gathering between Bach and a small group of reporters in San Francisco.

Q: What brought you down here?
A: We do events where we bring in folks from the venture capital companies and startup firms they’re investing in. We had 40 or 50 people there. I came and laid out our mobile strategy. People from our team met with the companies. We talked about where there were opportunities. It builds relationships for us. We maintain those connections. I also met with our IPTV business. That continues to go very well. That’s a place where the next three or four years are going to be very exciting.

Q: The end goal was to develop relationships and M&A?
A: That is one possibility. It isn’t an explicit goal. A lot of time, they want contacts, to see where Microsoft sees the market going, or technology.

Q: What do you tell them about the mobile strategy in light of Android and the iPhone?
A: We support diversity and choice. As those Windows Mobile phones come on to the market, we want people to have great iconic experiences. There are multiple styles of phones to give people choice. We talk about the importance of services and how independent software vendors and we can expand services in mobile. The third thing we talked about was Microsoft expanding from a business and enterprise mobile company to being a consumer mobile company.

Q: Your 20 million Windows Mobile sales compared to 10 million iPhone sales. How does your strategy differ from Apple’s?
A: We have a different business model and strategy. They don’t do a lot of their own services or a diversity of phones. I don’t 100 percent understand Google’s product concept. They still have to get someone to produce a great phone based on their Linux software. We’ve been competing with Linux phones for a long time. Maybe Google can rally the open source crowd.

Q: How do you keep Windows Mobile developers excited, given the iPhone or Android?
A: I’m sure they can get people to come hear talks about Android. When it ships, we can have a better discussion. When you talk about iPhone, we can have a concrete discussion. I haven’t found an operator that can describe to me what Google’s business model is and I have asked all of them. 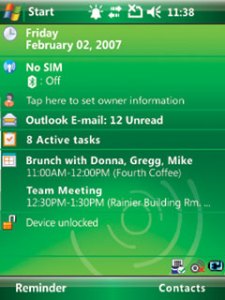 Q: Is Android more competition? How do you compete?
A: Yes. Their coming to market is not surprising. Our response is a great operating system with 18,000 applications, a very strong development community, strong enterprise integration, and a services strategy that can be very strong. That’s why we bought [mobile internet platform company] Danger. That’s why we are getting Hotmail on mobile and those sorts of things. We have a great relationship with operators around the world. The part we have to do a better job of is make sure more of the phones that ship will be iconic phones. Google will have this problem too. When you create an open platform, some of the experiences won’t be good. Apple has the ability to control the experience and platform. The disadvantage is they only have a small number of phone styles and operators. We have scale and scope, but it’s harder for us to make the experience great from end to end. Google doesn’t have an installed base that is growing at 20 million units a year. They are entering a market that is relatively crowded. They have Nokia, Apple, RIM and Microsoft to compete with.

Q: Can they disrupt your business model by offering free software?
A: We’ve been competing with free operating systems for a long time. It’s not a new approach. The big question is what are the services they’re going to offer on top of the phone to get people excited and generate economics. What will search be like on a phone? That’s still an evolving thing. You can’t take what is on the PC and move it to the phone.

Q: What are your opportunities in the consumer mobile space?
A: We know that people are going to want one phone, not two, for business and consumer. We acquired Danger to bring us consumer services. Danger develops and runs the services layer for the T-Mobile Sidekick and the HipTop in Europe. They are exceptionally good at consumer software and services and the operations infrastructure that has to support them. They are good at integrating those operations with operators.

Q: How important is voice-powered search going to be on the cell phone?
A: I think it has a lot of potential. We’re making a lot of progress. The challenge on the phone is input. You want to be able to have an easy way for people to get a search initiated. You can try voice input with a QWERTY keyboard. You have free-form queries and it has to guess what you’re trying to input. The combination of voice and text can be very compelling. You have to get it to scale and get operators to adopt it. We already work with operators through the 411 services that Tellme Newtorks [recently acquired by Microsoft] has done.

Q: Do you think portability across networks is inevitable?
A: I think operators will supply that if people think it’s right. Portability of phone numbers happened. Portability of contacts is a non-issue. It will go away once you have good data connectivity to the cloud. Most people never figure out how to sync their photos to their computers. It should happen naturally. It’s not technologically complicated. You need a set of services to make that happen. The challenge for us is to make those things come alive.

Q: What do you think of Apple’s app store in mobile?
A: I understand the logic behind it. We’ll see how developers adapt to it. How much control will Apple have over the store? Is it going to be carefully curated or entirely open? You have to talk to the operators to make sure they would want it.

Also check out Part 1 and Part 2 of the Robbie Bach interview, focusing on Microsoft’s Zune media player and the Xbox 360.

[Editor’s note: If you’re interested in mobile innovation, be sure to check out MobileBeat2008, VentureBeat’s conference on July 24]