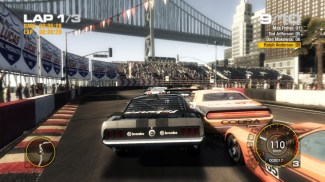 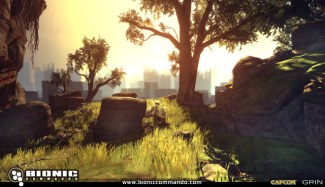 Nvidia and Advanced Micro Devices are both launching new graphics chips today. Ho hum, you say? Well, strap down. These chips are going to define the state-of-the-art in graphics and will determine which chip maker has the high ground as both head into a looming battle with Intel.

One of the surprises of this latest cycle of competition is that AMD may have the superior strategy. But before we go there, let’s talk about Nvidia first. Nvidia is launching the first chip in the company’s new series of GeForce GTX 200 series graphics chips. The GeForce GTX 280 is a screamer at graphics, but it also represents one of the leading edge designs in the semiconductor industry. The GeForce GTX 260 costs less and has slightly less performance for the budget-minded gamers.

The GTX 280 chip has 1.4 billion transistors, compared to 754 million transistors in the GeForce 8800 GT released in October, 2007. By comparison, the PlayStation 3’s graphics chip from Nvidia has only 300 million transistors. Those numbers indicate the scale of the engineering project, which is akin to the Manhattan Project that put together the atomic bomb (Well, that’s my guess, considering that Intel made the same claim about the Pentium Pro’s design in the 1990s). Interactive entertainment is clearly leading technology forward the way that the space program did in the 1960s.

The GTX 280 graphics chip also has 240 processing cores, or brains, on one piece of silicon, compared to 112 for the GT 8800. Those cores are capable of processing thousands of threads, or independent pieces of code. It’s a massive parallel computing machine with the ability to calculate 933 gigaflops per second. (That’s a lot).

John Montrym, one of the chief architects at Nvidia, told me that this generation is much more efficient in terms of power and processing power compared to the last generation, which consumed slightly more power when in full operation. At standby, the new chip consumes just a third of the power as the old one. The GTX 280 offers 50 percent more gaming performance than the last generation, and it can be used with a total of three graphics cards inside a single computer in what Nvidia calls SLI mode. Montrym said the chips will also have built-in support for physics — such as better cloth simulations — using Nvidia’s recently acquired PhysX technology. 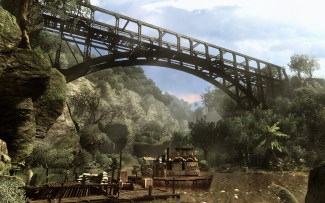 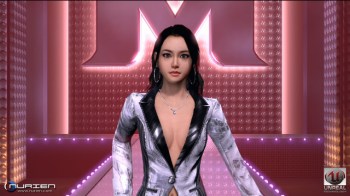 Jason Paul, an Nvidia GPU product manager, said that the game “Crysis,” the bellwether game in terms of performance demands, runs far better on this GPU compared to the past generation. The scene at left is from Ubisoft’s upcoming “Far Cry 2” game, where the combination of physics to make the leaves of jungle foliage move and the ability to render all of those tree leaves will make for stunning graphics.

AMD, meanwhile, has pursued a very different strategy and is launching a series of chips over the next eight weeks or so that compete across the board against Nvidia’s line-up.

One the one hand, it has created a powerful chip, code named the RV770, that consumes just 110 watts, less than half of Nvidia’s chip. Versions of that chip will be available at different dates, with the ATI Radeon HD 4870 coming on July 8 and the ATI Radeon HD 4850 coming June 25. AMD claims that its chip runs at a teraflop, faster than Nvidia’s even though AMD’s chip is smaller, has faster memory, and uses less power than Nvidia’s chip.

AMD says another advantage is that it can get by with a narrower 256-megabit data path from graphics to memory, while Nvidia uses more. It is as if Nvidia launched a new hot rod drag racer that needs a freeway with twice as many lanes to run, while AMD has a sports car that uses fewer lanes and less power. AMD says it can outperform Nvidia because it makes its chip in a 55-nanometer process, compared to Nvidia’s less-sophisticated 65-nm process.

AMD’s high-end solution for the craziest gamers is the R700, which combines two RV770 graphics chips on a single graphics card. That two-teraflop card will outperform Nvidia’s cards and uses less energy, AMD says. With its one chip and two-chip solutions, AMD says it will be able to cover price points ranging from $200 to $500, while Nvidia’s chip is focused at the high end.

AMD’s strategy, then, is to do more power efficient chips that can be doubled up on the same graphics card so they can compete favorably against a single Nvidia graphics chip on a single graphics card. As such, it represents the biggest change in the AMD (formerly ATI) graphics division’s strategy since 2001.

“We have reached the end of the monolithic mega-chip era,” said Matt Skynner, vice president of marketing at AMD’s graphics products group.

While AMD’s story sounds good, it’s unclear if it’s going to beat Nvidia on availability. One thing both companies agree on is that graphics is becoming a lot more important in computers used to play games.

Nvidia in particular continues to try to take more tasks away from the Intel CPU. As with its past chips, Nvidia’s new chip can exploit its Cuda programming language, which enables the graphics chip to handle tasks beyond graphics processing. Thanks to Cuda, Nvidia is making headway getting into scientific processing or medical imaging applications that are normally done with computers with lots of Intel CPUs.

By running Cuda-based programs on the GPU, scientists, video specialists, and others are getting 10 times to hundreds of times better performance on their applications, which would otherwise run on Intel CPUs. Ultrasound image processing for cancer diagnosis, for instance, can be done 20 times faster. The super geeks will care that this new chip has double-precision floating point processing and runs on a third of the idle power of Nvidia’s previous chip. 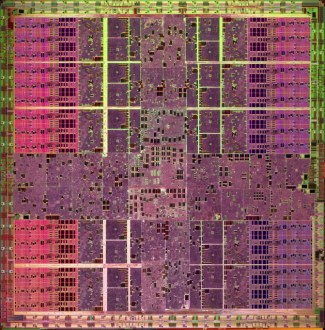 Jen-Hsun Huang, CEO of Nvidia, said he believes that customers will exploit the new graphics chip in creative ways and he doesn’t buy the argument that graphics has hit the wall or that consumers don’t care about the latest advances. He said consumers have gotten smarter and they listen to enthusiast fans who are the most discerning.

Nvidia has done well staking out the high-end of the gaming space. In the heat-seeking camp, Nvidia has won over Hewlett-Packard’s VoodooPC division, which will use the GTX 280 in the Exhilaration Edition of the HP Blackbird 02 gaming machine. The GTX 280 is available today for $649 while the GTX 260 is available for $399 starting June 25.

But now it is in a big battle for control of mainstream consumers. It needs to make sure that applications developers keep exploiting the bleeding edge technology in its graphics chips, but it also needs to convince the non-gaming masses that they should buy more graphics horsepower and less CPU.

It remains to be seen who will win the latest battle between AMD and Nvidia. But it will be interesting to see what happens as both try to get computer makers to adopt better graphics in mainstream PCs.

Drew Henry, general manager of Nvidia’s chip set business, says that the company has begun this effort to get computer makers to create “optimized PCs.” But the effort is only beginning. Nvidia needs this new flagship chip. But it also needs a fleet of other chips to sail behind it.

Lurking in the background: Intel’s Larrabee chip. This is a many-core chip aimed at the graphics market. Also, AMD’s Fusion chip, which fuses together a CPU and a GPU. Obviously, Nvidia and AMD can’t sit still. But the winner will be able to build a new war chest in the fight against Intel.