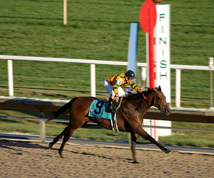 Sometimes a race horse stumbles out of the gate and it wins anyway. Such is the case with Mozilla’s Firefox 3.

Mozilla put out a lofty goal of 5 million downloads for Firefox 3 on the first day. As of noon today, the number stands at just over 8.5 million. In the United States alone, over 2.6 million people have downloaded the browser. Very, very impressive.

While attempting to set a Guinness World Record for software downloads in a 24-hour period — a record, which incidentally didn’t exist — Mozilla badly botched up its start time. Users who tried to access Firefox’s site at the scheduled 10 AM PST start time were met with 404 pages or hung pages. It was only when some enterprising users figured out the direct links to the downloads that things started to get underway.

Mozilla, who had been asking every single person in the world to wait for this 10 AM PST launch, slyly decided to push back the start time for its record-setting day. Back in the playground days we called this cheating, but hey, some people play golf with mulligans.

Not that it mattered. As it turns out, Mozilla would have easily set the record anyway. 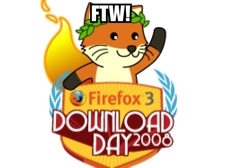