Drawing a sharp contrast with his Democratic rival, John McCain today assailed government subsidies for ethanol production and unveiled a set of proposals aimed at encouraging the development and mass adoption of electric vehicle technologies.

McCain would provide a $5,000 tax credit to consumers who buy zero-emissions vehicles and proportionately smaller tax credits for low-emissions vehicles, like hybrids. In addition, he said he would award a $300 million bounty for a car battery that can “leapfrog” existing technologies.

Turning to biofuel production, he said the federal government should eliminate subsidies for domestic corn-based ethanol and the tariffs placed on Brazilian sugarcane-based ethanol to level the playing field. Obama, who has surrounded himself with advisers with ties to the ethanol industry, supports the continuation of government subsidies and tariffs, arguing that both are necessary to help the U.S. become energy independent.

According to energy experts, sugarcane is a much more efficient source of ethanol. Not only does it create more than 8 units of energy for every unit used to produce it — corn ethanol, by contrast, creates less than 2 units for 1 unit of production — it is also grown in tropical countries where land prices are much cheaper. Like corn ethanol, however, it has also received its fair share of criticism for contributing to deforestation in the Amazon.

Obama is also a strong advocate of second generation biofuels, like cellulosic ethanol, and wants to invest $150 billion in clean energy R&D to develop advanced biofuels and other low-emissions technologies — including, presumably, electric cars. McCain’s energy plan is not nearly as ambitious in its scope and, unlike Obama’s, would not provide tax incentives for renewable energy.

While they may be more desirable than hybrids, electric cars are still much too expensive for most consumers and will likely remain so for a few years (we all wish we could afford Teslas). Also, the fact that most electric cars have a shorter range and low top speed could detract from their appeal. For now, plug-in hybrids seem like the more promising option, with major automakers like GM and Toyota set to roll out their own models within the next 2 years and firms like V2Green, Epyon and Delphi developing technologies to improve their performance.

And though corn ethanol is on its way to becoming universally loathed, in large part due to accusations that it raises food prices, the ethanol industry will continue to expand thanks to the raft of subsidies enacted by the 2008 farm bill and rising demand for flex-fuel vehicles.

Cellulosic ethanol and other second generation biofuels, which are being developed by a rapidly growing field of well-capitalized start-ups (Coskata, Range Fuels and Mascoma, to name a few), probably won’t become major players until a few years from now and, even then, likely won’t account for a significant share of the energy market. 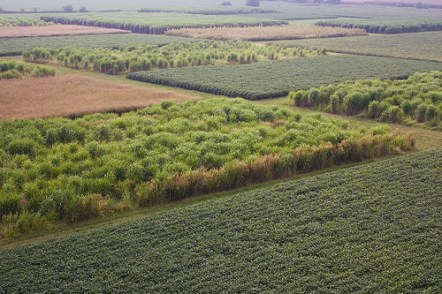