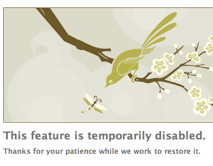 The mood around the micro-messaging service Twitter has been significantly improved in the past several weeks. The company brought in Pivotal Labs to help with its architecture problems, it has had several weeks of 98 percent plus uptime, its made some new hires and even the constantly problematic IM functionality has experienced periods of actual uptime.

When it finally announced its new round of funding yesterday and added another new member to the team this morning, things were looking very good.

The good times weren’t made to last.

I posted the question on the content conversation service FriendFeed and 25 people responded with largely negative thoughts on the loss of this functionality. Granted, it’s increasingly the case that FriendFeed users have anti-Twitter sentiments (many feel that FriendFeed should simply replace Twitter since you can post messages directly to it), but Twitter is still an important part of the FriendFeed ecosystem. According to my FriendFeed stats page (image below), well over a quarter of my friend’s updates to FriendFeed come from Twitter. 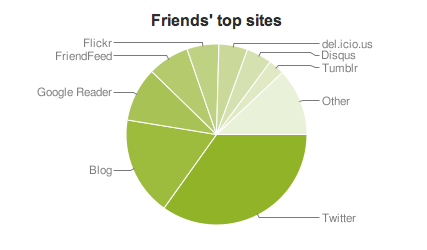 Many of the FriendFeed respondents suggested using Summize, the excellent Twitter tracking site. Actually, Twitter itself suggests the same thing leading me to wonder why on Earth Twitter just doesn’t buy Summize?

Twitter laughably still has no real search functionality, and now it has a crippled reply functionality. Summize has no problem handling either of these. Twitter even teamed up with the service for Apple’s WWDC event. You’ve got the money now Twitter, why not just buy it and turn it into search.twitter.com?

Like all of its other problems, Twitter will get through this, but it continues to dangerously straddle the line of alienating its users by crippling functionality. Is it preposterous to think about shutting the whole service down for a little while and relaunching with a product that fully works? Maybe, but it’s getting less preposterous.