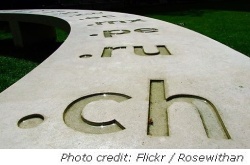 You may be used to typing in top-level domains (TLDs) like .com, .net or .edu when heading to websites, but the Internet Corporation for Assigned Names and Numbers (ICANN) hopes to change that with a decision to open new TLDs for registration, according to today’s Wall Street Journal.

Under the new rule, ICANN would let anyone with $50,000 to $100,000 register any TLD they want, so for example, our web address could become venture.beat, rather than venturebeat.com.

The WSJ has more on what the decision may mean for regular consumers and businesses, but there are also a couple ways it could change the Internet landscape for startups — most notably, domain speculators like Demand Media and Marchex (NASDAQ: MCHX).

Those companies, and other speculators, have plowed billions of dollars into millions of hot domain names, sometimes backed by high-profile investors like Oak Investment Partners or, for Marchex, public shareholders. The idea is generally to buy up lots of obvious domain names, like business.com, which held an early sales record at $350 $7.5 million. Most good names that are auctioned get less, but still routinely receive six figures.

Those domains are worth so much because of a kind of traffic called type-in traffic, which is distinct from search traffic from Google or linked traffic. Right now, if a web surfer — especially an unsavvy one — wants to find, say, exchange rates, they might type exchangerates.com in hopes of finding an exchange calculator (they’d be disappointed).

Although the strategies of the two companies are different (Marchex, notably, wants to build out a locality-based content business), they both rely on one crucial assumption: that the dominant TLDs, primarily .com, continue to be the first thing people type in when they’re looking for something, whether it’s exchange rates or Disney.com. So what happens if ICANN manages to reeducate Internet users, and popularize sales of new TLDs?

The simple answer is that a lot of speculators will lose a lot of their own, and their investors’ money. While Demand and Marchex might be able to build up viable content portals around sites like chicagodoctors.com, the money they plowed into those names will be meaningless — as well spent on chicago.docs or chicago.dr, or any other name you can imagine. The game will become even more about search, type-ins traffic will wither.

There’s a strong counter-argument to ICANN’s action having any real affect on .com, though. There are already dozens of top-level domains, but they are thinly used, even purposed ones like .mobi (for mobile phones). The introduction of more TLDs over the years has not seen sales of hot domains diminish, which by extension probably means speculators are making as much as ever. In a recent post on his blog, legendary domainer Frank Schilling said he’s confident in .com:

“[T]his will do little to quell the desire for meaningful .com, net and CC TLD names. Corporate IT departments overwhelmed by the task of managing existing .com typos simply won’t be up to the challenge of managing a corporate GTLD such as .COKE or .IBM. … The failure of former would-be contenders such as .travel, .biz and .pro to satiate demand for coveted names, shows us that adding more skim milk to the mix will not stop the cream from rising, and that cream is .com.” (Schilling’s emphasis.)

That may hold true, or it may be that ICANN has finally found a way to shift attention from .com, with the possibility for new TLDs that are actually meaningful or logical. 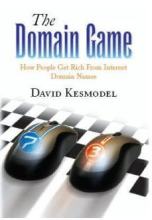 And a final argument is that it does seem unreasonable that 10 or 15 years from now, we’ll still be typing .com in for every major website. The Internet is a place of rapid change, and at some point, .com will start seeming archaic and unnecessary. But any real change would require a massive re-engineering of the web’s user-interface, at the very least, so it’s hard to imagine what those changes might be from here.

By the way, if you’re interested in a good read about the domain name speculation industry, check out WSJ reporter David Kesmodel’s brand-new book on the subject, The Domain Game. He opens with a look at Schilling, and goes from there. Kesmodel’s a good reporter.