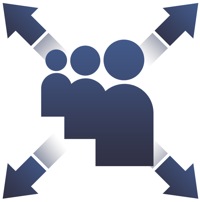 MySpace is about to launch its Data Availability project, which will let users make MySpace the center of their web activity. Starting this afternoon, developers can use the application programming interfaces (APIs) available here to access MySpace user data on other sites.

For example, users should be able to upload photos to MySpace, then make those photos automatically availability at other photosharing sites, or to import MySpace profile data to Twitter. It’s a very smart and interesting way to make MySpace an essential part of your overall web experience, rather than just a site you visit. Of course, MySpace wasn’t the only site to think of this — shortly after MySpace Data Availability was announced in May, Facebook followed with the very similar Facebook Connect, and Google did the same with Google Friend Connect.

Following the initial announcement, Digital Media Editor Eric Eldon said it was too early to judge the significance of the news. That’s true for at least a little longer — the real test will be how other websites use this data, and whether users are actually interested. It will also be interesting to see if there’s a difference between adoption on Facebook and MySpace. On paper, at least, the data portability options sound almost identical.

Once the APIs go live, third-party websites should be able to access users’ public profile information, photos and friend networks. Security is key for this kind of data-sharing, and MySpace says it will be tough in its Terms of Service enforcement with other sites. Users can control what data they make available, and even when they decide to make something private again, it will also be pulled down from any third-party sites.