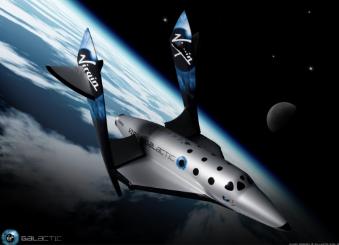 There are at least 41 companies that offer services to help you create your own social network. IntroNetworks differentiates itself by analyzing data about members of a network and telling each user which other users they have the most in common with — something that professional social network Visible Path and only half a dozen other competitors also do.

For example, Virgin Galactic, the commercial spaceship tour to be unveiled later this year, will use introNetworks to offer a social network for people who have signed up to one day to become tourist-astronauts. Each user will be able to create user profiles, add career information, interests, activities and more, then introNetworks will create a visualization graph showing other users and see what other future astronauts they are most like. Considering the price of space flight tickets is $200,000 a pop, one assumes the average user will be extremely well-heeled and have a fascination with space technology — so this could turn out to be a high-end geek niche social network.

Regardless of how successful introNetworks may be, it uses Adobe’s Flash technology. Perhaps because of this, Adobe Systems, along with the Arther J. Rice III Living Trust, has put a total of $4.5 million in the company, following up on a previous investment in it.