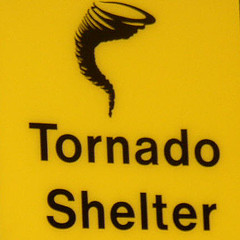 Dow Jones has its worst June since Depression: U.S. stocks tumbled on Friday and sent the Dow Jones Industrial Average to its worst June performance since the Great Depression. Record oil prices, credit-market write downs and the the economic slump spooked everybody. Goldman Sachs told investors to sell GM stock, sparking a sell-off as crude prices rose again. The broader S&P 500 index fell 2.9 percent on Friday. The Dow is at its lowest since September 2006. It has fallen 9.4 percent so far this month, its worst June since an 18 percent drop in 1930.

Rupert ready for another bite: Rupert Murdoch’s News Corp. and Permira Advisors made a $970 million bid to buy NDS Group, a provider of digital technology for pay-TV services. NDS Group said it would evaluate the $60 a share offer, which is 21 percent above Friday’s closing price of $49.70.

Take that, VMware: Microsoft unveiled its long-awaited virtualization technology to compete against VMware. Its Windows Server 2008 Hyper-V product has been in the works since 2003, when Microsoft acquired Connectix, which made software to run both Windows and the Mac OS on the same computer.

Palm stock heads to bottom: Palm‘s stock fell eight percent Friday a day after the company reported a worse-than-expected loss for its fourth fiscal quarter. The company dropped $43.4 million, compared with a profit a year earlier. Revenue was down 26 percent to $296.2 million. It also expects to lose money in the current quarter. Plam’s Treo continues to lose ground to Research In Motion’s Blackberry and Apple’s iPhone. 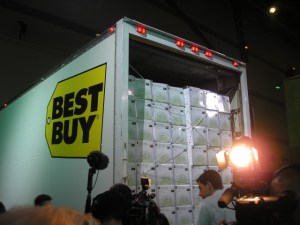 Attention, K-Mart shoppers: Microsoft may have something up its sleeve for the E3 trade show starting July 14. The company is rumored to be cutting the price of its Xbox 360 Premium unit from $349 to $299. The latest rumor comes from a purported K-Mart ad. It’s been a long time since Microsoft last cut its game console prices by $50 in August, 2007. The price cuts say a lot. It shows Microsoft is the aggressor in driving down prices, putting pressure on both Sony and Nintendo to do the same. It also says that Microsoft sees a need to cut prices, perhaps because of slowing sales of its consoles. And the fact that it isn’t cutting $100 shows that the company isn’t crazy and doesn’t want to lose lots of money on each console sold.

iPhone will debut in Canada with underwhelming prices: Rogers unveiled some not-so-popular prices for Apple’s Jesus phone for its scheduled debut in a couple of weeks.