Agito Networks has figured out a way for enterprises to embrace WiFi based mobile phones even though wireless carriers haven’t made it easy to integrate WiFi with the cellular phone system. Thanks to its clever solution, the company is announcing today that it has raised $13 million in a second round of venture capital.

The Sunnyvale, Calif.-based company hopes to make it easier for big businesses to adopt smart phones with WiFi access for employees who have to deal with poor reception inside buildings and high cellular network costs. 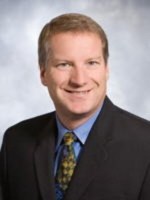 Leonard has taken over running the company since its previous CEO, Ron Markovich, left recently. Leonard said the company is searching for a new CEO who can scale the business and that he hopes to make that hire within the next three months.

Agito puts its Roam Anywhere Mobility Router into a company’s data center. The router figures out how to instantaneously switch a call from a WiFi network to a cell phone network, depending on which network has better reception and which is more cost effective. The technology is known as “fixed mobile convergence.”

The router lets someone with a WiFi cell phone access the company’s address book or internal phone extensions easily. The aim is to let callers receive phone calls inside buildings where it’s cheaper to use a WiFi network and likely that WiFi reception will be better than cellular network reception. The company said it takes a matter of 100 milliseconds or less to hand off a call from the cell networks to WiFi. Normally, the handoff is rocky with similar devices.

The technology should appeal to workplaces such as hospitals that have mobile workforces and often have trouble getting reception inside buildings or in basements.

ITX’s specialty is international markets, and that’s one reason it participated in the round. Agito plans to use part of the money to expand overseas and it will tap ITX’s contacts. Agito was founded in April, 2006. Pejman Roshan, Agito’s co-founder and vice president of marketing, said that the timing is good for this kind of product because 60 percent to 70 percent of enterprises have now deployed WiFi networks. Also, Nokia, Research in Motion, Apple and others have now deployed handsets that can access WiFi networks for data networking.

But the carriers have been reluctant to let users bypass the cellular networks by using the WiFi networks for calls. By making it easy to switch calls between networks, Agito bridges the gap and saves money for corporations, Roshan said. Rivals include Stoke, which also received a round of $41.8 million in a fourth round of funding recently. We wrote about Stoke earlier this year.

While WiFi is subject to hacking, Roshan said that Agito makes it easy to handle calls securely because the enterprise phones are often centrally managed via enterprise servers. Over time, the company hopes to add new features related to mobile video, instant messages, and push-to-talk (walkie-talkie service).

To date, the company has raised about $20 million. Battery Ventures funded the first round in December, 2006. Agito has about 45 employees. Roshan said the fundraising process wasn’t too difficult and the company received multiple offers.

[Agito is a nominee for best mobile comany at MobileBeat, our mobile conference on July 24. Just a few days left to vote for your favorite mobile application or service company.]