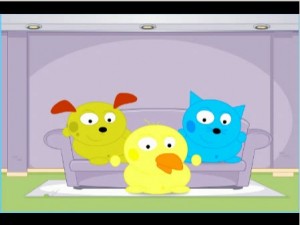 Aniboom has closed a $10 million second round of funding to expand its online cartoon network.

Draper Fisher Jurvetson and DFJ Tamir Fishman Ventures both led the round. Existing investor Evergreen Venture Partners also participated. The company runs an animation portal where independent animators can contribute their own animated shorts. It also has distribution deals with a variety of mobile operators and web sites where viewers can watch the animations.

The company is riding high on the popularity of animations for adults, which have spread from Japan’s “anime” comics to a worldwide audience. Beyond hosting animations, Aniboom has built a community around its videos. Fans can rate the videos, share them, and the artists can enter a variety of contests, such as who can do the best animation based on American Idol or Radiohead. Aniboom lets creators keep 25-30 percent of the profits from advertising for its videos, encouraging them to keep active.

The Tel Aviv, Israel-based company has raised $14.5 million to date. It will use the money to expand its animations for both the web and mobile platforms and create original animated shows for TV. In May, Aniboom said its animations could reach more than 360 million people through partnerships with web sites such as Metacafe and mobile entertainment companies such as Jamster. At that time, we said that Aniboom was closing its round. Aniboom also recently said it would make animations for mobile games produced by I-Play.

Aniboom said it now has a network of more than 5,000 independent creators from more than 70 countries around the world, and features thousands of movies on its site.