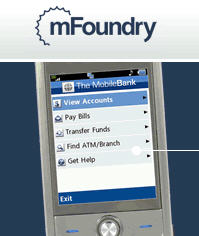 Mobile banking continues to heat up as Banc of America Strategic Investors Corp, the investing (and strangely Francophone-spelled) arm of Bank of America, announced the completion a strategic investing round in mobile banking platform maker mFoundry.

While mobile banking to date has been stymied by incompatibility between banks, carriers, and handsets, the company’s technology works with most major carriers with in the US and supports development platforms Java and Brew (with an iPhone app set to roll out soon). It also has struck deals with leading financial institutions, including Fidelity National and Citibank.

mFoundry, based in Sausalito and incorporated in 2004, has already seen strategic investing from other big players in the banking and mobile world, including Motorola, PayPal, and electronic payments giant National Cash Registers. The company has also raised venture from GRP Partners, Ignition Partners, and Apax Partners. ‘

Less clear is what exactly mFoundry will be doing with Bank of America, which already has 1 million users signed up for their mobile services. While the strategic investment would seem to indicate the company would be using mFoundry’s tech as their new mobile banking platform, mFoundry’s Diane Hong, VP of Marketing, refused to comment on what the relationship between Bank of American and mFoundry would be beyond the strategic investment, only saying, “Bank of America is clearly one of the most successful in the mobile banking market right now.” She also declined to comment on the amount of the investment, funding to date, or board seat implications. We last wrote about the mFoundry it had closed a $15 million round of funding in November 2007, bringing its total funding up nearly $25 million at the time.

[Check out MobileBeat, our mobile conference on July 24. Be sure to vote for your favorite mobile application or service company.] 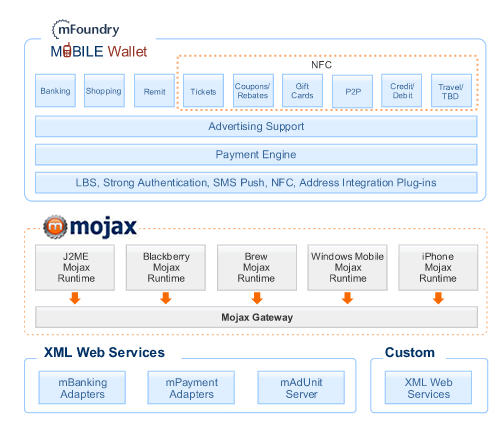