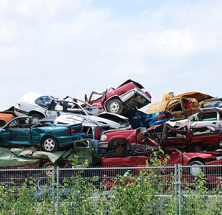 If I told you that Microsoft was talking about buying Yahoo and asked you to pick a month that this discussion was taking place, would you pick: a) January 2007 b) January 2008 c) May 2008 or d) Right now?

Wrong. The correct answer is e) All of the above.

Yes, shockingly enough, Microsoft is still trying to buy at least a piece of Yahoo. It is now said to be seeking other partners to make a deal work, according to the Wall Street Journal.

If you’re sick of hearing about this, I feel for you, I really do. I think everyone is sick of hearing about it at this point — including Microsoft and Yahoo. They’re like two boxers in the final round of a 12-round fight that can barely lift their arms anymore, let alone give anyone a good show.

The latest round involves Microsoft talking with Time Warner and News Corp., among others about breaking off pieces of Yahoo to make this work. Presumably, Microsoft would take Yahoo’s search business while Time Warner or News Corp. would combine one of its entities with the rest of Yahoo to form — well, something.

Yahoo’s stock is tanking; almost back to the sub-$20 pre-original Microsoft offer levels. Its executives are leaving at a pace that can nicely be described as ‘brisk,’ but perhaps more accurately as ‘rapid.’

Remember when Yahoo was the promising Internet company of the future? Writing all of this now I just feel dirty.

I suppose Microsoft could take Yahoo Search while striking a deal with Time Warner to merge AOL and Yahoo. Time Warner is thought to be trying to sell AOL as we speak. But just about any way you slice it, all of these dealings are a mess.

Let’s just say out loud what we all know: One way or another, eventually, Microsoft is going to end up with Yahoo Search. It may have to carve up Yahoo with the help of Carl Icahn and others in the process, but it’s going to happen.

Microsoft wants to be relevant in the search business, and while buying a company like Powerset may help it a little bit longer term, if it doesn’t make a move to buy the only other major player, Yahoo, chief rival Google is going to devour them.

The Wall Street Journal piece on this ordeal comes highly recommended. It includes great soap operatic tidbits such as:

“We’re done,” he told Mr. Yang, according to a person who was present. At first it wasn’t clear whether Mr. Ballmer meant they had accepted the $37 offer or rejected it.

When Mr. Ballmer explained that Microsoft was withdrawing its offer, Mr. Yang’s face fell, according to a person who was present.

Microsoft chief executive Steve Ballmer, now without founder Bill Gates who officially retired last week, may feel even more pressure to get this deal done. Gates’ company has been left in his hands. Watch Ballmer’s heartfelt goodbye to his friend below.