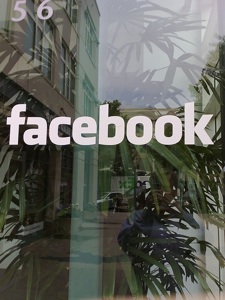 “The government should create open APIs for accessing all publically (sic) available government data. Then, let all of us create great UIs for it.”

The comment, while no doubt partially made in jest, was quickly picked up on the social information conversation site FriendFeed. Venture investor and former head of special initiatives at Google, Chris Sacca, was the first to comment:

“Why don’t you guys show them how it’s done by opening up Facebook mail? ;)”

“Photos are the biggest thing. Facebook is to a large extent a photo sharing site, but their TOS prohibit you from doing anything interesting with the photos — they’re trapped inside FB.”

The comments kept rolling in, mostly noting the irony that Facebook would be telling anyone to open up its data when most feel the data inside Facebook is anything but open.

This openness debate is being played out on many fronts, but perhaps none more high-profile than Facebook versus Google. It’s pretty clear that Google feels its Open Social platform is much more open than Facebook’s, and the two sides recently came to blows when Facebook cut off Google’s Friend Connect from accessing its data.

Facebook claimed that Google’s method was violating user privacy, and now the matter is in the hands of lawyers. The issue provided a rather tense moment on stage between Morin and Google’s Kevin Marks at the Supernova conference a few weeks ago.

To be fair, while Facebook gets criticized for not being more open, plenty of companies aren’t open — they just don’t have data that’s as valuable as Facebook’s, so people care less in the first place.

And, as VentureBeat’s own Eric Eldon points out in the FriendFeed discussion:

First, government data is created through taxpayer dollars and since we all kinda have an ownership stake in the gov, we should have access to its data. FB data is FB’s, per their TOS. Second, FB has data that is more valuable than other services — it’s a big business decision for them to be more open or not, and imho it’s not clear if being more open is worth it to them at this point.

That makes sense, but I disagree on the spirit of that.

User data on Facebook is Facebook’s, but seeing that at least some in the company are pushing for more openness of other data, shouldn’t it be okay with opening its data if its users tell it to?