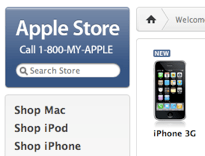 Apple’s online store went down for updates this evening. This normally happens around the time of new product launches and seeing as we all know what is coming on Friday (it starts with a lowercase “i” and ends with a capital “G”), people were excited. Unfortunately, when it came back up four hours later, we got basically nothing new…not yet anyways.

Apple wouldn’t just down its store before 10 PM PST on a Monday night for nothing. Instead, it was likely putting the pieces in place so it can roll out the big updates later this week.

The first one will be its new MobileMe syncing service, which will launch on Wednesday. As of right now, the product page says it will ship in “mid July,” but that should change tomorrow.

Then on Friday will be the iPhone 3G itself. While it won’t be sold online at first, Apple does now have a placeholder page telling you where to find an Apple or AT&T store in which you can buy the device.

Then there’s the big update that everyone was hoping for: The iPhone/iPod Touch 2.0 software upgrade and accompanying App Store. But these updates likely won’t come via the web-based online store and will instead be a part of the new iTunes version 7.7.

The latest word still has these new features launching before the iPhone 3G on Friday, but Apple is also supposedly being very stubborn about telling anyone, even developers accepted into the App Store, when it will launch the App Store exactly.

And so the wait, hype and buzz will continue to build for another day.

For those impatient souls, check out Wired’s minimal iPhone 2.0 software walk-through to help hold you over. 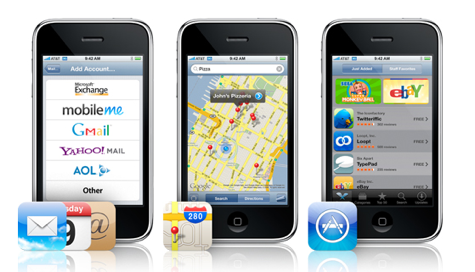