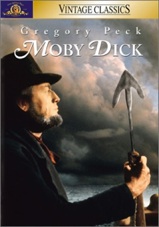 When the micro-messaging service Twitter goes offline a drawing of a whale is put up to let users know that something isn’t right. This what has not-so-affectionately become known as the “Fail Whale” (picture: bottom right) and has become something of an Internet pop icon for the Twitter crowd.

Twitter has seen dramatic improvements in both average response time and percentage of capacity errors over the past week, according to a report on the Twitter Status Blog by co-founder Ev Williams. Whereas it used to take 5041.95 milliseconds for the site to respond to a request on July 1, it now takes 1776.01 ms for the site to respond just seven days later. Over capacity errors (a situation that would bring up the Fail Whale) have gone from over three percent of all pageviews to .05 percent.

As you can see, while you had approximately a 1-in-29 chance of hitting a whale nine days ago, you only had a 1-in-2000 chance yesterday. And this is with Twitter handling significantly more traffic and updates.

Granted, this is data for only one week, but the improvements are impressive. Last night saw a planned maintenance downtime that took up only 30 minutes of its scheduled 2 hours. In the past, that 2 hours would have turned into an entire weekend.

More importantly, Twitter is aware that these improvements still aren’t good enough and strives to kill the Fail Whale entirely. With site usage going back up, here’s to hoping Ahab gets his whale. 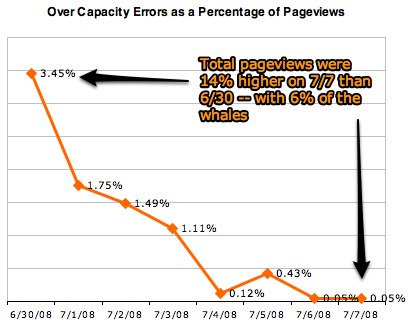