Republicans in the House of Representatives have been going around for the last couple of weeks, accusing Democrats of trying to censor the free speech rights of any House member. I’ve been trying to figure out what’s really going on through all the political spin. In sum, it seems like the Republicans have pinpointed a particular representative’s trouble in articulating House rule changes intended to officially let House members speak more freely on the web. 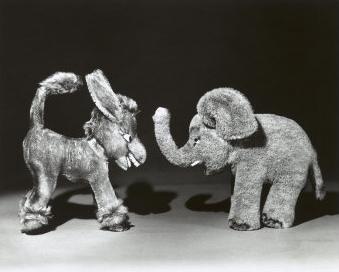 Before I get into the increasingly messy politics of the situation, I’m happy to say that I think we’re looking at positive early steps in making the historically hard-to-access dealings of the House more publicly accessible. More on that further down.

First, here’s what sparked the controversy: Democratic Representative Michael Capuano sent a letter last month, written in bureaucratese, to a House administrative committee, trying to propose that Congress should create a more official way to represent official congressional communication on the Internet. The letter, dated June 24th, has been widely circulated by a Twitter user and Republican representative named John Culberson, who rallied congressional allies against the proposal.

Specifically, Culberson has been saying that Capuano wants to censor his usage of web tools like messaging service Twitter and video-streaming site Qik.

The rules in question:

Here’s Capuano’s proposal, directly quoted from the letter (which you can find in its entirety here)

Capuano is trying to update an existing set of rules that requires House members to submit some web and email communications for approval before being sent. Here’s the text of the rules in question, that I found via nonprofit The Sunlight Foundation’s Open House Project blog post on the matter.

(1) Appropriations from accounts for committee salaries and expenses (except for the Committee on Appropriations); House Information Resources; and allowance and expenses of Members, Delegates, the Resident Commissioner, officers, and administrative offices of the House

(6) Expenditure of accounts described in subparagraph (1)

In plain English, the committee (official web site ) and its “Franking Commission” previously came into existence to prevent taxpayer money from being spent on commercial or political email and web advertising, and to prevent official House communication making money on ads. In case you were wondering, the word franking means “a) to mark (a piece of mail) with an official signature or sign indicating the right of the sender to free mailing b) to mail free c) to affix to (mail) a stamp or a marking indicating the payment of postage.”

Capuano was prompted to write the letter because he noticed many House members posting their own videos to YouTube, videos which were then displayed on pages together with advertising. The YouTube channel issue originally came up this spring and subsequently an official, non-commercial YouTube channel was created to make everyone happy. Today, he says he wants to ensure that all House members post their videos on a House-branded YouTube channel that the Franking Commission has approved as free of commercial and political advertising. Capuano has reiterated this point in a press release issued today:

Apparently the Republicans spreading these lies [about Capuano’s intention] would rather operate without rules and open the House to commercialism. Maybe they don’t care if an official video appears next to a political advertisement for Barack Obama or John McCain, creating the appearance of an endorsement. And I guess they don’t care if constituents clicking on their videos will be treated to commercials for anything you can imagine, from the latest Hollywood blockbuster to Viagra. Certainly, advertisements are a reality in today’s world and most people can distinguish. However, it is also a reality that Members of Congress who use taxpayer money to communicate with constituents should be held to the highest possible standard of independence — and the appearance of independence.

Not so fast, says Culberson, who believes the ramifications of Capuano’s proposed rule change would be that Twitter, Qik and other web services would also have to be pre-approved by the Franking Commission. Worse, Culberson believes the wording of Capuano’s letter means that the Franking Commission would also have to approve the content of each House tweet or Qik video, which would certainly prohibit the flow of congressional free speech, even if most of such content wouldn’t ultimately get censored. The ruling would also, Culberson claims, mean that each congressional tweet would need to include a lengthy disclaimer that would take up most of the 140 text characters allowed by Twitter — and thereby render Twitter mostly useless as a communication tool.

Capuano’s letter doesn’t actually mention Twitter or Qik, but Culberson says that Capuano has acknowledged to him that the logical extension of the letter would result in any web service used by a congress member needing to be pre-approved, vetted, and branded with an official House disclaimer. In fact, you can watch this Qik video where Culberson talks about the conversation between the two.

Capuano’s press release, however, explicitly says this: “First, the ONLY item we seek to address is LOOSENING existing rules to allow Members to post videos as a first step toward making the rules meet our constituents’ expectations regarding how they communicate with us in the 21st century.”

Culberson also says that Capuano hadn’t heard of Qik before this debate started, so it seems Capuano’s letter was written poorly enough to be badly misunderstood. It doesn’t, for example, specify anything about YouTube or videos.

Note: House pre-approval is already given for mainstream publications, like the New York Times and the Washington Post — so politicians, obviously, can go and do as many public interviews as they want without prior Franking Commission approval, as Culberson says in his Qik video. He also says that Blackberry phone and email communication is approved, which paradoxically seems to mean that tweets from Blackberry-based Twitter services like TwitterBerry wouldn’t need approval.

Two ships passing in the night, somehow headed in the same direction

Capuano seems to have the right motives. He knows House members were technically breaking existing House rules by posting videos on parts of Youtube that also include ads. By creating an official channel, it’d not only ensure House videos would follow the Franking rules, but it would let viewers know that the videos are from the Congress members and not imposters. It’d also stop the petty commercialization that Capuano highlights as an issue in his latest press release — and indeed is the point of his commission.

But is Capuano even on the right track? The Sunlight Foundation, a nonprofit that helps citizens access governmental information, says that Capuano has gone overboard in his effort to refine the Franking rules:

While there is good reason to limit incumbents’ advantage to be gained online, Capuano’s memo overstates the liability that comes when Members of Congress use popularly accepted communication tools. Exaggerating the risks online hamstrings Members and staff at exactly the time when they should be boldly engaging with constituents.

In hindsight, it seems Capuano should have gone after the root of the problem, and said that the existing rules need to be revised to allow members to publish whatever they want with no oversight — except as far as significant taxpayer resources are used. That’s what Culberson seems to be saying. That’s also what people who don’t at all agree with Culberson are saying, including Techdirt’s Mike Masnick:

The problem isn’t this letter, but the existing rules that are already in place. In fact, based on the letter, it would appear that this would make it possible for Congressional Reps to Twitter, so long as their bio made it clear they were Reps.

As Masnick also points out, it’s not Capuano’s proposal that would require Culberson to include an overly long disclaimer in each of his tweets, its the existing rules.

From another part of Capuano’s press release today:

We are not currently seeking to address anything other than video — not blog postings, online chats or any other written form of communication anywhere on the internet. Any assertion to the contrary is a lie. Perhaps the people spreading those lies should take some time to actually read the letter I wrote, which is attached below.

The funny thing here is that Culberson is showing Capuano how Twitter, Qik and other social web tools can be used to win public debates, regardless of the issues. He’s doing such a great job of making anti-Democrat statements that a posse of conservative bloggers have started supporting him and his interpretation of Capuano’s words. Sadly, this group includes Mashable’s own Mark “Rizzn” Hopkins, who has gone so far as to publish this ludicrously exaggerated headline on the topic — “Congressional Democrats Aim to Censor Twitter and Qik” — as if most Democrats were out to generally censor those services… for everybody.

The good news is that everyone really does seem to want the same thing. Culberson, as you’ll see if you watch his Qik video, is sincere about his desire to let congress members say whatever they want on any service. Capuano, via his press release, pays homage to the same idea, even if he can’t effectively translate that sentiment into his proposals.

For the U.S. political process to purge itself of corruption and inefficiency, politicians on both sides of the aisle not only need to say they support transparency, but they need to try to clearly and fairly discuss with each other how to make this happen. These efforts need to be matched with those by outside groups like the The Sunshine Project’s Open Congress, which provides easy ways for citizens to keep track of all of these politicians whether they like it or not.

[Update: For a lot of further reading, check out Aaron Brazell’s ongoing updates on the latest news around this issue. On his blog, here. As he’s noted, he’s been on this story since early on.]