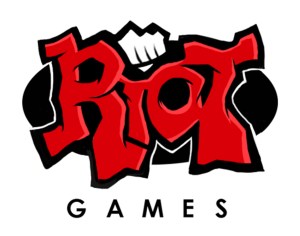 Venture capitalists tend to stay away from funding game developers because games are considered a hit or miss business. But Riot Games has convinced some VCs it has some hits on the way. The company has raised a $7 million round of funding from Benchmark Capital and FirstMark Capital.

The money will go to complete the company’s first game, said Marc Merrill, president and chief marketing officer of the Los Angeles company. He isn’t telling what the game is. But it will exploit an idea dubbed “session-based gaming,” he notes.

Merrill said such games are in the middle of the spectrum between commodity-like Flash games, such as online poker, and high-end fantasy role-playing games such as “World of Warcraft.” They’re quick hits that people can play for a short time, like a pick-up basketball game. When you sign off, the game goes away.

But Merrill said that the company is also developing a platform that enables social networking and community features that last beyond a single session. Veteran game developer and Benchmark partner Mitch Lasky will join Riot Games’ board.

Brandon Beck, 26, is chief executive of the company. He and Merrill, 27, both hail from outside the game industry. Beck is a former consultant at Bain & Co. while Merrill ran marketing at business-to-business media firm Advantastar. It’s all the more impressive then that they have scored money from top VCs and have recruited a team of 30 developers who have worked on popular titles from “Dungeon Seige” to “Sly Cooper.”

Merrill said the company will sell its games direct to consumers via its own online platform. The company was founded in September, 2006. Within a couple of months, the company expects to release details of its first game. One of its competitors will be the industry’s biggest company, Electronic Arts, which is launching a session-based free game dubbed “Battlefield Heroes” for the PC this summer.

“There are some forward-looking companies here,” Merrill said. “The games are replayable and short, simple to play but difficult to master.”