Apple criminal backdating probes dropped: It’s a happy day for Apple, and not just because of the iPhone 3G launch. The criminal backdating probe of Steve Jobs and other Apple executives has been dropped, according to the San Jose Mercury News. Attorneys involved in defending various participants said the Justice Department concluded no charges should be brought against Jobs or anyone else invovled in the backdating. The Securities and Exchange Commission, however, is still pressing a civil complaint against former Apple lawyer Nancy Heinen.

Sun Microsystems cutting jobs: The struggling server company said it is cutting about 1,000 jobs across the U.S. and Canada. Of those, 213 are at its headquarters in Santa Clara, Calif., 192 are at its Menlo Park, Calif. office, and 212 at two offices in Colorado. The cuts amount to 3.4 percent of the company’s work force. The company announced it was trimming jobs in May.

AMD to take huge charge: Advanced Micro Devices said Friday it would take a charge of $948 million in the second quarter to write down the value of goodwill for its acquisition of graphics chip maker ATI Technologies. The write-downs amount to more than $800 million in lost goodwill, and are an addition to a $1.6 billion goodwill write-off AMD took last year. You could say that AMD paid a little too much when it bought ATI for $5.4 billion in 2006. AMD will report its second quarter results next Thursday. 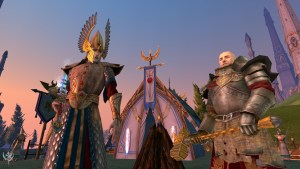 Watch out, World of Warcraft: Electronic Arts has launched the beta version of “Warhammer Online: Age of Reckoning” for members of player groups known as guilds. More than 10,000 guilds and a total of 750,000 people have applied to join the game, which will officially launch this fall. This is one of the tidbits that game companies are leaking as the E3 game show in Los Angeles approaches on Monday.

ON24 raises $8 million round: ON24 has raised an $8 million round of funding as it expands from webcasting to staging virtual trade shows. The company will compete with Unisfair in offering virtual shows for job fairs, training, and conferences in an online format. The 10-year-old company will produce about 25,000 webcasts during the year, and it expects to put on possibly 25 trade shows this year.

[Updated: Previously, we’d cited a report that suggested wrongly that Monster had acquired Alerts. Corrected version follows:] Monster Venture Partners leads bridge round in Alerts.com: Monster Venture Partners has led a $1.2 million bridge investment in Alerts.com, a service delivering alerts and reminders to consumers. Alerts bought the domain Alerts.com from IBM in 2007. In that previous incarnation, Alerts was a service notifying users when content changed on high-traffic sites, but the model failed.

Webroot founder missing: Steve Thomas, founder and former owner of Webroot Software, has been reported missing in Oahu, Hawaii. The Honolulu Star-Bulletin reported that Thomas, who has not been involved in the company since 2004, was disraught and his family hasn’t heard from him since June 30. Meanwhile, the company appointed Frederick Ball as its chief financial officer.

iPhone web use is getting big in Europe: comScore reported that 80 percent of iPhone users in France, Germany and the UK browse the mobile web with their iPhones.

Another day, another game startup gets funded: Sequoia Capital and investor Ron Conway have invested $4.5 million in Challenge Games, a maker of short form browser-based games.