Microsoft misses earnings targets: Microsoft narrowly missed its targets for earnings as it reported results for the fourth-fiscal quarter ended June 30. Windows Vista has sold more than 180 million copies since its launch, but other parts of the business, such as online ads, are weak. The company said that high-cost enterprise consulting services and higher Xbox 360 sales, which are both costly parts of the business, were higher than expected.

Apple’s comeback continues: Once a mere 2 percent of computer sales, Apple has been one of the hottest computer makers lately. Now both Gartner and International Data Corp. say the company has climbed to the No. 3 slot in the U.S. in the second quarter. Dell claimed the top spot, while Hewlett-Packard was second. Worldwide PC sales grew at a healthy clip in the quarter.

Loud3r makes progress personalized the news: Loud3r aggregates news that is personalized to its user’s tastes. In its first 30 days, the company had more than 200,000 unique visitors across its network, which was more than double its original goal.  The company is announcing some of the new sites launching in a couple of weeks, including PREGG3R (for pregnancy), SPNNAK3R (for sailing buffs), and SUMM3R (for the 2008 Beijing Olympics.)

Say goodbye to the mouse? Gartner predicts that computer users will get rid of the mouse in the next five years as gesture-recognition companies begin to launch products that allow you to control what’s on a computer screen through touch or hand-waving. A number of start-ups from GestureTek to 3DV Systems are working on alternative interfaces that could make the mouse obsolete.

AMD names new CEO: Hector Ruiz helped preside over the startling recovery of Advanced Micro Devices earlier this decade. Unfortunately, he also presided over AMD’s subsequent fall as Intel became more competitive in microprocessors. Ruiz has resigned from the company and his No. 2 executive, Dirk Meyer, will take over as CEO. Meyer was the architect of the strategy that led to the Opteron. The 2003 launch of the server chip helped AMD regain its footing against Intel, albeit only briefly.

Google delves into offline apps: Both Gmail and Google Calendar are now going to get offline support as the company continues to chip away at Microsoft’s productivity hegemony. 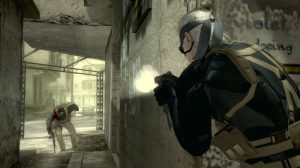 E3 show closes with a whimper: What was once the video game industry’s largest show, with 70,000-plus attendees, is now a shadow of its former self. Joseph Olin, head of the Academy of Interactive Arts and Sciences, said that this year’s E3, which closed Thursday, was a “lost opportunity,” since the video game industry has never been healthier but attendance at the 5,000-person show was so sparse that it seemed like the industry was shutting down. A Ubisoft official said it seemed like a “pipe-fitter’s show.”