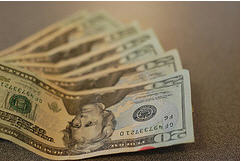 Venture capitalists invested $6.64 billion into U.S. companies in the second quarter, or 12 percent less compared to the same period last year, according to Dow Jones.

Another research group, led by PwC and NVCA, reported flat growth from last year, although a decline from the first quarter.

Dow Jones research on venture investments has generally been the more meticulous over the years, in my view.

According to Dow Jones, VCs made 602 deals in total, which is lower than any time since 2005, the first sign of a downturn in the venture capital sector. If it continues, it will mean venture-backed start-ups may have to turn frugal, shed jobs or take other moves to survive in more leaner times. The job market in Silicon Valley, until recently buoyant, may join the rest of the nation’s weakness.

“While the U.S. investment total is down compared to last year’s impressive second quarter, we still saw steady deal activity and investment in the first half of the year, which is encouraging,” said Jessica Canning, Director of Global Research for Dow Jones VentureSource. “Venture capitalists commonly take the long-view when it comes to investing. While IPOs and acquisitions may be rare now, VCs aren’t consumed about that. They’re focusing on what’s next – and that’s reflected in the healthy early stage investment we’re seeing in areas like renewable energy, information services and business support services.”

According to the Dow Jones report:

— the information technology (IT) industry saw deal flow drop 27 percent from 390 deals in the second quarter last year to 286 in the most recent quarter—the lowest deal count since the first quarter of 1997. Investments were down 26 percent from nearly $3.50 billion to $2.60 billion, the lowest quarterly investment total since 2003.

–the information services sector, which includes the majority of today’s “Web 2.0” companies, was the only area within IT to see positive gains with $688 million invested in 80 deals, a 20 percent increase over the $572 million invested in 94 deals during the same period last year.

–health care companies also fared poorly in the second quarter with the industry only seeing 149 deals completed and $1.98 billion invested. That is 22 percent less than the $2.53 billion that was invested in 181 health care deals in the second quarter of 2007. Investment is down 31 percent compared to the first six months of last year and deal flow is at its lowest level in three years.

–energy and utilities companies posted a record quarter with $817 million invested in 32 deals, up 160 percent over the $314 million in 23 deals in the second quarter of 2007. Renewable energy saw $650 million in 26 deals, also a record.

–the top three venture capital deals in the second quarter were all solar companies. First was SunEdison of Beltsville, Maryland, which raised $131 million (as well as an additional $30 million in separate debt financing) in its second round. eSolar of Pasedena, Calif., got $130 million and BrightSource Energy of Oakland raised $115 million.

–later-stage deals continue to attract the lion’s share of venture capital with $3.48 billion, or roughly 54 percent of the quarter’s investment total, put into 225 rounds. This pushed the median deal size of a later-stage round to a record $12 million in the first six months of 2008.

–the number of first rounds grew to 2007, from 200 rounds in the first quarter of the year, while number of later stage deals declined.

–the San Francisco Bay Area remains the regional leader. It saw a 9 percent decline in overall venture investment with $2.17 billion invested in 193 deals as IT investment was off nearly 21 percent. Still, that decline was less than the national average.

More Data:
–here’s the NVCA/PwC data showing breakdown by industry and stage of development: nvca-dealdoc
–here’s a regional breakdown of the deals: 2q08_usregionsrelease
–here’s a breakdown by sub-regions: 2q08_ussubregionrelease

NVCA/PwC supplied a chart, below: