Yahoo has a bad day, but it could have been much worse — The Internet giant announced its earnings today and fell short of expectations, but only by about a penny-a-share. Net income was down 19 percent from the same quarter last year. Still, considering it no longer has a Carl Icahn-led hostile takeover to worry about, the company can — and more importantly, will live with these numbers. 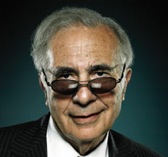 Icahn’s wild weekend — While Yahoo was busy breathing a sigh of relief now that the Icahn takeover “distraction” (as Yahoo chief executive Jerry Yang called it on the earnings call today) is behind them, Icahn got back to writing about Yahoo on his blog. His new post is entitled “How I Spent My Weekend” — no, really. He’ll be here all week folks, try the veal.

Shuffle at the top of Etsy — The online marketplace for handmade things has announced that Maria Thomas, its former chief operating officer, will now be its chief executive. Founder Rob Kalin will now be the chief creative officer. It also announced Chad Dickerson as its new chief technology officer. Dickerson leaves his job as the head of the Yahoo Brickhouse special projects group. Yes, that’s another Yahoo exec who is leaving.

Sugar ends its relationship with NBC — The female-oriented blog network has decided to take charge of its own advertising. Too bad that Lauren Zalaznick, president of Women and Lifestyle Entertainment networks for NBC Universal, just played up its partnership with Sugar in announcing the BlogHer deal last week.

GigaOM scoops up a mobile blog — jkOnTheRun joins the Giga Omni Media network of blogs. Read about it from Om Malik himself.

MySpace announces support of OpenID — If you have an account with MySpace you can now use it to login to any other site supporting OpenID.

Google walking directions — In the spirit of summer, Google now allows you to get directions tailored for those who may not want to drive or take public transportation to a destination.

Joost goes to China — Maybe it’ll fare better there than it has in the U.S. NewTeeVee has the details.

Twitter acknowledges spam issue — The micro-messaging service is fully aware that marketers and others are signing up for accounts and mass-friending people. It does not like that, as it writes in its blog.