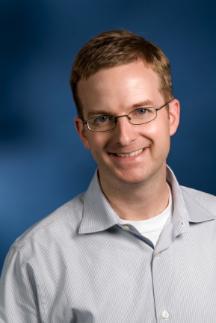 Facebook has been looking for new engineering leaders for months. It just got one, in Mozilla’s Vice President of Engineering, Mike Schroepfer. His responsibilities will include “leading front-end product and platform engineering,” according to Facebook. This helps sort out some of the ongoing executive musical chairs at the social network — ex-Googler Elliot Schrage recently assumed executive responsibility for Facebook’s developer platform, a source told me the other week. Schrage will focus specifically on marketing the platform, but he does have executive responsibility for all of it, Facebook confirms.

These aren’t the only high-level changes going on, maybe. Last week, I also heard that Greylock Partners investor David Sze was leaving his spot as an observer on Facebook’s board. Both Sze and Facebook gave me testy replies along the lines of “we don’t respond to rumors and speculation,” and Sze went as far as to say that the rumor was unfounded.

Kara Swisher has found more sources saying that Sze and another observer, Paul Madera of Meritech Capital Partners, may be out. Maybe these observers are out completely, or maybe they’ll be made into full members, Swisher speculates. Board observers don’t typically get to attend all meetings, nor do they get to vote, and the Facebook board has been getting crowded. Note that board members currently include chief executive Mark Zuckerberg, Peter Thiel of Founders Fund, Jim Breyer of Accel Partners and Marc Andreessen.

Sze, an investor in other web startups like Digg and Revision3, is well liked within Facebook, so getting rid of him might be Facebook’s loss — if any of this rumor is in fact true, which it doesn’t appear to be.

Back to the tech side of Facebook. Schroepfer led the development of Mozilla’s increasingly popular web browser, Firefox, and was previously chief technology officer at Sun. This isn’t the first engineer with Mozilla DNA, nor the second. Facebook-purchased Parakey team Blake Ross and Joe Hewitt were the original Firefox developers. Schroepfer’s experience includes managing thousands of third-party developers who helped create open-source Firefox. Zuckerberg has this to say (via press release):

“Mike has a lot of experience building great products and engineering teams. At Mozilla, he built Firefox 3 and manages the product development process — a particularly impressive position given the global, collaborative and open process in which Mozilla operates and develops its products. Facebook has similar values and Mike will be a great addition to our engineering team.”

Facebook also says that it will hire a more senior Vice President of Engineering; Schroepfer will eventually report to that person, but in the meantime will report directly to Mark Zuckerberg.