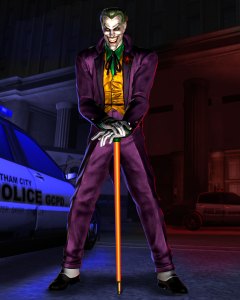 SAN DIEGO, CA— The Comic-Con show is on the rise, with so many game companies showing up there to unveil new games that it is probably a contender to replace E3.

Over 150,000 fans flocked to downtown San Diego for Comic-Con less than a week after the E3 Media & Business Summit, which is undergoing a big makeover as we write. While E3 focused on a core group of journalists, Comic-Con International is an event squarely targeted at consumers. And not just any consumers, but those are the most likely to pre-order both mainstream and genre games, DVDs, and Blu-ray discs; order their “Dark Knight” tickets for the first midnight screening; and collect comic books, action figures and any type of merchandise associated with their favorite movies, TV shows, and games.

As Hollywood has learned over recent years, if you can win over the Comic-Con crowd, as Paramount Pictures did last year with the film “Iron Man,” you can just about guarantee a hit when the movie debuts. This year’s focus was on Warner Bros.’ upcoming comic-based movie, “Watchmen,” which also has a episodic (where gamers download and play one episode at a time, much like they watch one TV episode at a time) downloadable game in development with director Zack Snyder (“300”) on board. Come next March, this movie should replicate “Iron Man’s” success (the comic might be too cult for “Dark Knight” box office). It also could help episodic gaming take off on the PlayStation 3 and Xbox 360. The PC space has had success with this emerging form of interactive entertainment, but a popular Hollywood/comic license like “Watchmen” could get consumers used to buying and consuming games as they buy and consume TV shows.

Although E3 and Comic-Con were back-to-back this year, Comic-Con now receives the type of mainstream media coverage that the old E3 of two years ago once received. Game publishers who take part in the show will get all of the regular game coverage, as well as a lot of mass market coverage that the new E3 format no longer attracts. But perhaps most important, Comic-Con does what E for All hasn’t been able to achieve—it attracts 150,000 consumers with disposable incomes and many with blogs and puts the latest games in their hands. It’s this active group that can make or break a film, so they certainly have some say over games, as well. Hollywood has learned this, and it seems game publishers are learning, as well.

A big hit at Comic-Con this year was 20th Century Fox’ “X-Men Origins: Wolverine.” Activision Blizzard showed an early trailer for the game tie-in at its non-E3 press conference and confirmed Hugh Jackman was on board (at least for his likeness, although in the past he has done voice work for games). Jackman surprised the packed convention hall with his unannounced arrival on stage and introduced the first footage from the movie. All of the screens and monitors were upgraded to high definition this year, for a more movie-quality experience.

Before Jackman took the stage, the Comic-Con crowd gave their approval to Fox’ movie adaptation of the video game “Max Payne.” The film hits theaters October 17. The excitement in the room was palpable as two scenes were shown and a third compilation clip was unveiled. When Mark Wahlberg took the stage, the female audience members went wild. His star power alone should propel this R-rated movie to the top of the box office charts for its first weekend. But what was more interesting was the quality of the scenes shown. If any game can succeed as not only a popular movie, but also a critical success, it’s “Max Payne,” with its dark revenge theme. With a solid cast and a director (John Moore), who knows how to stage action (“Behind Enemy Lines”), this film could top $100 million box office in the U.S., paving the way for not only sequels, but other game-to-film successes.

On the over-crowded convention center floor of Comic-Con, more game companies than ever before used booths to give fans early playable previews of some of the fall’s big games, as well as some games that won’t ship until early 2009. Sony Online Entertainment used Comic-Con to debut the first build of its upcoming “DC Universe Online” PS3 and PC game, which isn’t slated to ship this year. Fans flocked to the Sony booth to play as custom-made superheroes and aid Superman in defending against an attack by the character Brainiac. John Smedley, president of SOE, said the reason that only a short video trailer of this game was shown at E3 last week was because Comic-Con is the perfect venue to introduce a title like this.

Capcom had a huge Comic-Con booth, most of which was devoted to about a dozen “Street Fighter IV” Japanese arcade machines. The line twisted on forever as fans eagerly awaited the chance to play two bouts of the game, which won’t ship in North America until next February (in tandem with Fox’ new “Street Fighter” movie). Other games were playable throughout the booth, but Capcom has always been at the forefront of merchandising its intellectual property for different media. The Capcom store had long lines as fans paid top dollar for the latest limited edition t-shirts, action figures and other items. (Why more game companies don’t follow Capcom’s successful marketing model is beyond me. Comic-Con proves that there’s clearly a huge, hungry fan base for this type of merchandise.)

Electronic Arts had a large presence at the show. There were tens of thousands of “Dead Space” Comic-Con bags floating around to tout the upcoming video game, which has its own comic book and animated movie. At its booth, EA had playable kiosks of games like “Mirror’s Edge,” “Dead Space,” “Warhammer Online,” and “Spore.” Will Wright made the trek to Comic-Con for a keynote speech. Before his talk, he told me that he was surprised at just how big the show was. Given the jam-packed room for his always-entertaining slide-show presentation, EA clearly understands the power of this show when marketing specific titles.

LucasArts had its “Star Wars” games in playable form at the large LucasFilm booth, which is always front and center at Comic-Con and packed with fans whose wallets are wide open.

There were plenty of game-focused programs throughout the show. Activision Blizzard had Stan Lee on a panel that focused on Marvel games. Capcom had a panel promoting all things “Street Fighter,” which turns 20 next year. Midway held a panel that focused on “Mortal Kombat vs. DC Universe,” and Namco Bandai had Samuel L. Jackson talk about the “Afro Samurai” game, along with the movie and TV series. (Namco Bandai confirmed that its game, which is based on the first season of the hit animated show, has been delayed until January 27, 2009.)

Microsoft held a press breakfast to promote its Xbox Originals program, which features an assortment of short comedy films from horror directors. Later that afternoon, Epic Games’ Cliff Bleszinski served as a moderator for a panel that included a large collection of those Hollywood directors. The next day, Bleszinski was a panelist on a “Gears of War 2”-themed panel. Bleszinski, who was attending his first Con, was blown away by the crowds.

Midway Games held an after-hours party to showcase its comic tie-in, “Mortal Kombat vs. DC Universe,” which was hosted by producer Ed Boon. Boon told me that if this game, which features 10 MK characters and 10 DC comic characters, does well, he would continue this new offshoot with additional titles. He also said that he’s working on a separate, mature-rated “Mortal Kombat” sequel. The “DC Universe” game is the first “MK” title to receive a Teen rating. Midway also had playable builds of its E3 line-up at this party, including “TNA Impact,” “This is Vegas,” and “Wheelman.” (Midway confirmed that the Vin Diesel driving/action game, “Wheelman,” has been delayed until Q1 2009, which isn’t necessarily a bad thing, as Diesel will appear in Sierra’s “Chronicles of Riddick” game sequel this fall.)

Other activities included an Activision Blizzard press party focused on “Spider-Man: Web of Shadows,” which features Stan Lee in person and playable builds of the game. Sega had most of its E3 line-up on display at a post-show party, as well. Sierra focused on its new “Ghostbusters” game, while Konami and THQ had a large assortment of games playable. Square-Enix also had a large presence at the show and focused on both games and merchandising around those games.