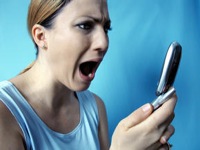 In another sign of the mobile web’s growing importance, the World Wide Web Consortium released its first-ever standards for the design of mobile websites.

The consortium, commonly known as the W3C, is the primary international body that develops standards for the web, and now it’s turning its attention to the mobile world. The idea is to have a set of guidelines that developers can follow so that their sites can be viewed without difficulty on any device. Developers can also check whether their sites meet the guidelines with the new mobile version of the W3C’s validator.

The W3C says it’s also developing a separate set of standards for standalone mobile applications (as opposed to websites).

Mobile web design, as well as the distinction between the “mobile web” and mobile applications, was the topic of one of the panels at our conference last week, MobileBeat 2008. At the conference, Nielsen also presented data showing that mobile devices are bringing new users to the Internet.