If I were to take a poll of everyone I’ve talked to about the iPhone, my guess is that most would say its biggest problem is not related to the device or even Apple at all, but rather its carrier: AT&T. While I personally have never had a problem with the carrier, a lot of people out there seem to rabidly dislike the company’s cellular offering. For those people I have some very bad news: AT&T has apparently extended its exclusive deal to be the American carrier of the iPhone for another year — until 2010.

The extension came when AT&T offered to pay Apple a subsidy on each iPhone sold rather than give it a percentage cut from all contracts, according the USA Today. This subsidy is said to be somewhere around $300 per phone sold. Previous reports had it in the $325 to $425 range depending on the model.

The report also claims that under the first deal it signed with AT&T, the exclusivity agreement would have ended at the end of this year. (Other reports previously had it being a five year deal.) That would have allowed Apple to sell iPhones on carriers such as Verizon, Sprint and T-Mobile in the United States. This is something many people in this country have been clamoring for.

CNET’s Don Reisinger thinks this is an awful move:

Apple’s decision to stay in this deal with AT&T not only makes me wonder if Steve Jobs is thinking clearly, but it also solidifies my belief that Apple has a little too much faith in its product. 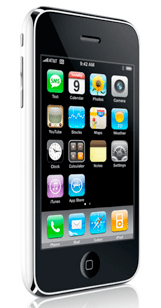 While I don’t think Apple has little faith in its product, I do think this is a poor decision. The iPhone has a chance to become not only the dominant smartphone for the coming years, but also the first real powerhouse in mobile computing. By limiting the device to one carrier, it limits its potential to reach such goals.

As I said, I haven’t had any problems with AT&T, but many people, for a number of reasons, will not buy an iPhone simply because it is on AT&T. Is a $300 to $400 subsidy really worth aleinating potential customers? Maybe short term, but long term?

Is Apple mortgaging its future by extending this deal?