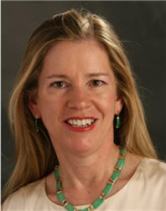 [Editor’s note: This is an Op-Ed piece by Rebecca A. Fannin, author of “Silicon Dragon-How China is Winning the Tech Race,” and the international editor at the Asian Venture Capital Journal. She is the former international news editor at Red Herring. Her work also has been published in Worth, Inc. and Fast Company.]

It’s sad but true. Silicon Valley has its blinders on when it comes to China tech entrepreneurship. How do I know this? I’m here in the Valley this summer after several months in Asia’s major business capitals, where I’ve been preaching the theme of an emerging Silicon Dragon in China. From Hong Kong to Singapore to Tokyo to Beijing and Sydney, they get it. But here in the Valley, there’s push back to the idea that China poses a threat to the Valley’s continued tech dominance.

It took me a while to realize why. The Valley really is threatened and, rather than confront the challenge, prefers to remain in a state of denial. It’s easier in the short term.

The questions I’m asked here in the Valley mostly center on Chinese government politics, Internet censorship, counterfeiting, and pollution. Sure, these are big issues, but there’s very little curiosity about what new technologies are being developed in China. It’s just a given that there really aren’t any, so why bother asking?

Yet China has the fastest growing venture capital market in the world and the highest growth of new patent applications globally, too. China –- the nation that gave us the abacus, silks, paper and gunpowder — ranks eighth in the world for new patents, and is headed for third place internationally -– right behind the U.S. and Japan — for the most new patents.

The innovations are coming in mobile communications and the internet, where China has the largest markets worldwide, but also in cleantech, biotech and basic R&D. Dozens of home-grown Chinese companies have gone public in the U.S. as well, and with large market caps.

On Friday, the New York Times took note and wrote about the trend.

The Bay Area is the optimistic capital of the world, but sometimes we have to face harsh realities. Jerry Yang of Yahoo is. He told me he thinks it will only be one decade before China begins to rival the West for tech leadership. Leading venture investors such as David Chao of DCM, who has a rare east-west perspective, believes we’ve already seen several Steve Jobs-like characters in China. Joe Chen, who runs the Facebook of China -– Xiaonei.com –- is one he names.

These thought leaders understand that the next, new thing might NOT come from the Valley. Yet, the Valley prefers to largely ignore this important trend. At two major technology conferences here in the Valley in late July, I observed that neither one had more than a bare mention of what’s going on across the Pacific. But there was a lot of talk about Twitter and the iPhone. This is even more surprising when you consider what a creative force so many China-born engineers have had in helping to develop our leading tech brands.

You have to be a futurist to believe that China could be developing from a low-cost manufacturer to a high-tech inventor. In fact, the most responsive audience I’ve had so far was in Columbus, Ohio, where I spoke to a group of futurists! As I head for Beijing and the Olympics this week, I can’t help but think this fast emerging tech trend in China is a wake-up call for the Valley.