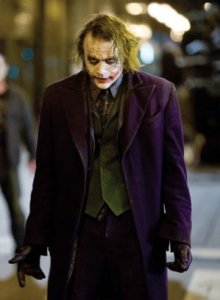 The Paris company is behind a couple of “augmented reality” rides based on “The Dark Knight” film. In the ride, guests get aboard a Gotham City rail car and career through hairpin turns in the dark as Total Immersion special effects add to the fantasy. An interactive mirror, known as ClownVision, superimposes clown masks on the faces of two riders at a time, turning them into the Joker’s accomplices. The rides are now open at “Six Flags Great Adventure” in Jackson, N.J., and “Six Flags Great America” in Gurnee, Ill.

A former CPA, Uzzan started the company in 1999 and admits he didn’t realize it would take so long for the market to arrive. Back then, the technology was tough to pull off. But now it takes just a high-end personal computer and a video camera. The company started selling its interactive digital marketing solutions in 2005 and has now built a team of 50 employees. They’re pitching it to advertisers who want to reach people in theme parks or other venues. Revenues last year were $4 million and Uzzan expects to hit $9 million this year.

Beyond Six Flags, customers include Lego, General Motors, Peugeot, BMW and Renault. Over time, Uzzan hopes to get the technology into toys. The company raised a 1.25 million euro round in 2001 and a 4.5 million euro round in 2006. Uzzan said it is working on raising more money now to finance a move into the home toy market in 2009. The competition is fairly thin, since many other virtual reality companies (which did the so-called location-based entertainment systems in shopping malls and theme parks) died out after the rise of the home game consoles. In homes, Sony’s EyeToy video-tracking game for the PlayStation 3  is competition.

The company works on a project basis, with fees running from $50,000 to $2 million. The early years were tough, but Uzzan said he ran the business in a cash efficient way, surviving project by project.