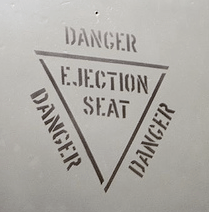 The big boon for online advertising thus far has been contextual advertisements. These are the ads that display alongside content on webpages and feature information that is relevant to what is on that page. Maybe you’ve noticed that Google has built an empire off of them. Yahoo hasn’t been as successful as Google, but still rakes in quite a bit of money from them — so you may be surprised to learn that Yahoo is giving users the option to turn them off.

By the end of the month, Yahoo will let consumers opt out of contextual advertising on its own pages and almost all the pages on its advertising network, the company said in a statement today. These ads will apparently be replaced by non-contextual, generic ads.

These moves stem from a Congressional inquiry sent to 33 companies including Yahoo and Google which sought to find out more about Internet advertising customization. It’s clear that Congress wants to give consumers more options with regards to their online privacy. (Or at least create an illusion that they are more secure.)

Still, these contextual advertising opt-outs likely mean little for the majority of consumers. It is opt-out after all (by default you will still be served contextual ads), and how many people are actually going to do that? More importantly, how many people will actually want to? I don’t know about you, but if I’m going to be served an ad, I’d prefer it to be relevant to something I was looking at rather than a generic ad.

Granted, I’m unlikely to click an ad either way, but there have been a handful of times when I find a contextual ad that I think will actually be of use to me. On the other hand, I can promise you that I’ve never clicked on a generic online ad willingly. Of course, I’m also probably not representative of the average consumer who does click on these ads.

One thing of interest in all this is that Yahoo now has a search advertising deal with Google. Will this opt-out policy include Google ads being served on Yahoo search results? It’s a bit of a tangled (world wide) web when it comes to privacy.