“I wouldn’t be surprised if Apple is worth more than Google within two years,” former Valleywag writer Jordan Golson wrote last November. He probably didn’t think it would only take nine months — but it has.

For some perspective, both are still about $100 billion behind Microsoft, which has a market cap of $254.83 billion. 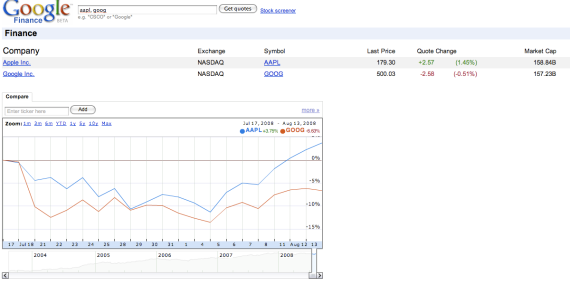