The partners include Epic Games, the creator of Microsoft’s bestseller, “Gears of War.” Epic Games is going to make a new game that EA will publish, said Epic president Mike Capps. Capps didn’t say what the game would be. The title is likely to be a big one, since Epic’s games sell in the millions. It will also be bloody, as Gears of War features “chainsaw bayonets.”

“You guys are really going to dig it,” Capps said, speaking to a group of journalists at EA’s headquarters in Redwood City, Calif.

The other partner is Grasshopper Manufacture of Japan, a studio run by some well known game developers: Suda51 and Shinji Mikami. The latter is the creator of the “Resident Evil” series that has sold millions of copies and is the subject of a few decent zombie horror movies. The alliance with the Japanese game developers is very unusual, considering EA has very little presence in the Japanese market. The title isn’t being described yet, but Mikami said it will be “dark, scary and exciting.” This is coming from the guy who is behind the zombie shooting franchise. 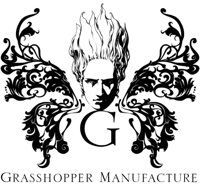 “It’s just like Ichiro and the Seattle Mariners,” Suda51 said on stage at EA’s headquarters. Mikami said, “I want to earn as much as Ichiro.”

EA hasn’t had the reputation of incubating the best talent inside its own studios. EA has some talented studios for sure, but some of the developers want to be on their own. The EA Partners program is a way to reach more of the independent developers who can create huge blockbusters. In the past year, it signed up partners that produced big hits such as “Rock Band,” “Crysis,” and “The Orange Box.” It also signed up id Software, creator of “Doom” and the upcoming “Rage” games, at E3.

With these two deals, EA is tapping key talent that has been monopolized in the past by rivals such as Capcom and Microsoft. EA Partners is a program where the company works with independent developers to publish their games across a wide range of platforms and get them into as many stores as possible. EA has the global infrastructure to get big games off the ground and that’s what attracts the developers.