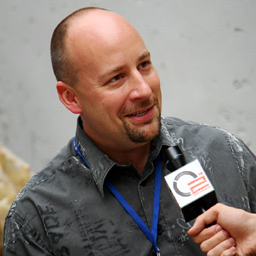 People Can Fly is the game developer based in Poland which created the hit “Painkiller” shooting game. I sat down with Capps today in a joint interview with VentureBeat contributor John Gaudiosi.

Capps, a former professor at the Naval Postgraduate School, can be considered the adult supervisor at Epic. As president since April, he is charged with expanding the company’s repertoire beyond hits such as “Gears of War” and “Unreal.”

VB: So you guys are getting promiscuous now?

VB: You’re moving from publisher to publisher, from Sony to Microsoft, and now EA.

MC: Sleeping around with publishers? Well, nine of ten publishers are using our Unreal Engine technology (for graphics) now.

VB: Clearly, you’re not attached to one publisher. 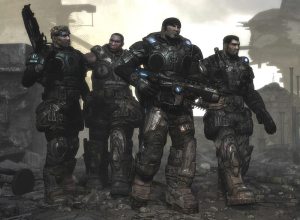 MC: We’re matching titles and publishers. This particular title was a good fit for their portfolio. They were the most passionate about this title…We don’t do a bidding war. That’s not what it’s about anymore. Luckily, for us, it’s about trying to find a fit and passion for a product. The ideas about how they planned to market the title were a fit.

VB: Epic’s style and EA’s style have not been synonymous in the past.

MC: Five years ago, we would have never worked with EA. They were focused on internal development. They were the big corporate machine that was not a fit for an indie developer like Epic — especially a “primadonna” indie developer like Epic. They really changed their focus. “The Orange Box,” (which EA published for developer Valve) says it all. I talked to Gabe Newell of Valve and asked what their experience was like. They had a really good experience. EA didn’t own that game. They marketed it and distributed it and everybody made buckets of money. Rock Band worked the same way. We talked to Ray Muzyka and Greg Zeschuk at BioWare. Inside the company, they said they watched the meetings where they discussed the products and every game was treated as a star in a portfolio. It’s still the honeymoon phase. Ask me in six months.

VB: They don’t seem to be as concerned about having mature ratings or blood and gore in games anymore?

MC: Well, there are some titles and publishers that wouldn’t be a fit. Nintendo is not likely to do the next Epic game. I don’t think it’s about maturity. They’re comfortable with whatever we need to do with the title.

VB: What are you trying to do with this game? 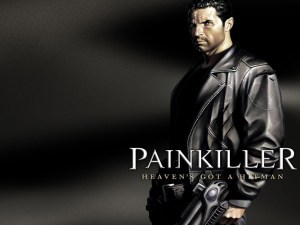 MC: I can’t talk too much about this game. What People Can Fly is good at is really fun, over-the-top, crazy first-person shooter experiences. We’re trying to combine that with our new-found ability to create a really interesting franchise. A deep storyline-based world that has fun game play — that thrill movie ride kind of game play. We’ll take what we learned with Gears of War and Gears of War 2 and apply it to what they are good at. EA Partners has an a la carte approach where they have distribution, PR, testing, and design. I don’t need a design director from EA because we are convinced we know what we are doing. But I do need a lot of the services they offer. A lot of publishers have a one-size-fits-all approach. We get frustrated with that. EA has a European studio in Guildford, England, and they can work with People Can Fly. They come visit us in (Raleigh, N.C.) and talk with us. They shuffle around and fit to us. It’s like dating. When someone shows a lot of interest, that’s important.

VB:They offer cross-platform capability (the ability to publish on all game consoles and gadgets)?

MC: Of course. There are benefits to making single-platform games (such as making Gears of War exclusively to the Xbox 360). For this game, we were thinking of cross-platform and EA made a lot of sense for that.

VB: Have there been any changes at People Can Fly?

MC: A little. They are about 45 people. They will get a little bigger by the time it is all done. We’re early in pre-production now. Mostly it is process changes. We are trying not to mess up what is good about them while using what we’ve learned at Epic. Epic has been this jazz or rock band studio that has slowly gotten more process over the years. These guys have been living hand to mouth. They have never had a chance to work on ideas for three months or take six months to do a first demo. They don’t need the next check for the next milestone anymore. Now they just need to finish the game.

VB: I guess you aren’t interested in publishing games yourself?

MC: Dude, who wants to do that? What a crappy business. The margins suck, man. It’s all about being a developer. We know what we’re good at. We’re not PR guys or marketers. I sure don’t want to own factories and distribution for games. Making games is working out well for us.

VB: Did you feel like you had a lot of choice among the publishers? Are they all getting good at working with independent developers?

MC: That is a good question. It varies a lot. The one-size-fits-all is still what some use. We saw EA Partners as forward thinking. We are with multiple publishers for a reason as they all have their strengths.

VB: How long had People Can Fly been working on this game?

MC: We aren’t saying. We started pitching this game about this time a year ago at the Leipzig Games Convention (in Germany). At that point, nobody knew we had bought them.

VB: Did People Can Fly come up with the game idea?

MC: They presented a number of ideas and selected this one. It’s become communally owned at this point. Everybody has had input, including EA.

VB: Is there something that is consistent about this with other Epic games?

MC: It’s certainly using Unreal Engine 3. That’s a great question. I’m not sure how you recognize an Epic game. I would hope it’s really cool and will have a really high quality bar.

VB: Is this part of a broadening strategy?

MC: It is completely serendipitous. We had no plans to acquire a company. They did Gears of War for the PC and impressed us a lot. (Our previous acquisition of Chair) was also unplanned. We try to leave them as autonomous as possible. We don’t have a giant management hierarchy because we’re making games.

VB: How many people are working for you?

MC: About 105, counting the 45 in Poland. That’s a peak for us. We just brought testing internal. When I joined Epic six years ago, there were 25 people. Now we have teams more than 45 people.

VB: And you bought some land across the street for future buildings?

MC: Yes, we’re expanding. I’ve been hiring about 1.5 people a month since 2000 at three different companies. That’s the rate at which I can find talented people. I would hire faster if I could. Our profits go to our development staff. They’ve done well and people haven’t left.

VB: You have the Gears of War movie coming. Are you thinking about doing cross-media, like comic books?

MC: Oh, definitely. We have the Gears of War movie in production with Legend and New Line Cinema. We’re talking to them about what works well in that story-telling format. A franchise that works well in books, comics and movies will work well as a game even if you never make those. Spider-Man is compelling as a comic and makes a great video game.

MC: No. We won’t be until they pull it out of our cold, dead hands. We’re running out of time.

Simon Jeffery, president of Sega of America, on iPhone games and more

David Scott Lewis, the inspiration behind the hacker in “War Games,” on the early days of hacking