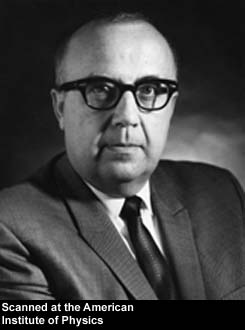 C. Lester Hogan has died at the age of 88 from complications of Alzheimer’s disease, the New York Times reported. He was a pioneer of Silicon Valley, leading the fledgling chip operations of Motorola and Fairchild Semiconductor that ushered in the modern age of technology.

Hogan was a billiant scientist who led Motorola to become the most profitable chip maker in the 1960s. After another pioneer, Robert Noyce, resigned from Fairchild Semiconductor, Hogan left Motorola’s Arizona operation and moved to Silicon Valley.

The company attracted him with a lucrative stock option plan that became known in the industry as a “Hogan.”: He also brought seven of his associates from Motorola — a team that was known as Hogan’s Heroes, after the TV show.

On the day that the announcement was made on Aug. 8, 1968, Fairchild’s stock jumped 20 percent while Motorola’s fell 10 percent, according to “The Big Score: The Billion Dollar Story of Silicon Valley,” by Michael S. Malone. Three weeks later, Motorola sued Fairchild for stealing its talent. That was an early example of the trade-secret theft litigation that continues in the valley to this day.

Motorola lost the suit. It wasn’t brilliant management that made Hogan legendary, but rather the turmoil that surrounded him as he replaced Noyce, who went on to found Intel. Hogan fired Jerry Sanders, who went on to start Advanced Micro Devices in 1969. Other Fairchild veterans who left went on to start competitors, which helped undermine the sales of Fairchild. As the latter company slid downward, the Fairchildren who graduated from it went on to greater things and viewed their old company as a college-like, idyllic place.

That didn’t take away from the respect that engineers had in the valley for Hogan. He was a seminal figure. In the early part of his career, he worked at Bell Labs and invented the gyrator, which became a common component in devices such as satellites. He joined Motorola’s chip operation in Phoenix and within eight months turned it into a profitable operation. In the course of a decade, he turned Motorola into the second-largest chip maker, just behind Texas Instruments. Today, sadly, Motorola has no chip division. It spun out the operation as Freescale Semiconductor as part of its streamlining.

Hogan ran Fairchild until 1974, when he was deposed by a lieutenant, Wilf Corrigan. The French firm Schlumberger put Fairchild out of its misery with an acquisition at the end of the decade. Fairchild was reborn as a Maine company in the 1990s as it spun out of National Semiconductor.

Bringing Hogan’s Heroes to Silicon Valley atop the existing managers at Fairchild was a disastrous move for the company. But it helped with the flowering of Silicon Valley.