If you’ve heard of the movie Star Wreck, then you’re already familiar with Star Wreck Studio’s operating procedure: Take a community of thousands of online movie-making buffs, and have them collaborate on a feature-length film.

Star Wreck, a $20,000 film, is said to be the most popular internet-created feature film of all time, with eight million downloads all around the world. At first the film was distributed free online, and eventually it was distributed by Universal Pictures as a premium DVD. 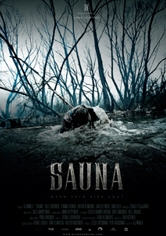 But the folks behind Star Wreck — Star Wreck Studios, based in Tampere, Finland — want to be more than just a one-hit wonder. They’ve now built up a permanent community site for their movie-making collaborators. The community’s called Wreck-a-Movie, and it’s already hard at work on two new film projects: A science fiction comedy about Nazis on the moon, Iron Sky, and a horror film called Sauna. On Wreck-a-Movie anybody interested in film can join the community and make plot and music proposals and comment on scenes.

Iron Sky and Sauna are considered to be pilot productions, and the scripts have been written by professional script writers. The community can participate by commenting and discussing, and the production leader decides what is used in the production. Currently the Iron Sky project opens up tasks like “Design a Nazi Moon Base” and “Create a promo poster.”
Going forward, though, the platform is expected to let users start up their own productions and edit them with the help of the community. The productions can be anything from short films to feature films and can be distributed on the internet, mobile devices or in theaters. When users initiate a project, they can decide how they want to manage the production. It’s expected most will choose to work the way people traditionally work on open source projects: Users set up an executive team or a product leader who calls the final shots.
Star Wreck Studios compares its film projects to social networking and internet copyright-modifying movements such as Creative Commons. The intent is to create productions that are “clean” from a copy right perspective. That’s why the crew behind Wreck-a-Movie considers Creative Commons (CC) licensing to be very important, and Star Wreck Studios has John Buckman, one of the thought leaders on the use of CC in business, as chairman of the board.
Star Wreck Studios isn’t just about collaborative movie making, it’s also about collaborative movie viewing. It expects to use mobile technology, not only to view the content, but to create interactive experiences for its audience. For example, if you’re watching a horror flick, as a part of the plot, your phone rings, and when you answer, the person on the other end of the line is the main character of the movie.
“Because of the connected nature of mobile phones there are a lot of opportunities to do things like that. AppleTV, PlayStation 3 and mobile phones are all connected,” says Peter Vesterbacka, a cofounder and board member. He is also a cofounder of the global networking event Mobile Monday and a serial entrepreneur.
He says that the goal for the project is to wreck the Hollywood model of film making. And he hopes the Wreck-a-Movie community can level the playing field so that anybody can make films, not just the big movie companies.
“In Hollywood there is a huge surplus of talent that doesn’t get its output through the Hollywood bottleneck. There’s only about 700 movies made in one year, but in Los Angeles alone there are more than 100,000 actors, and there’s no room for all of them in the movies”, Vesterbacka says. He says that the development of technology is boosting open-source film projects.
“Technology is getting cheaper and better all the time, and pretty much anybody can now go and buy an HD camcorder that will rival the ones the pros have,” he says.
Whereas other internet entertainment ventures try to make money on distribution, such as Dovetail, Star Wreck Studios is putting its trust in the long tail of movie production: Its movies are distributed free at first and then monetized later through games and merchandise.
“StarWreck easily generated more than 10 times return. The numbers are small, but the cost, $20,000, was minimal as well”, Vesterbacka says. “And when your movie costs only 20K to make, you don’t need to have an audience of millions or tens of millions to reach your goals. But if you spent a hundred million on the production, the expectations for the size of the audience grows, too.”
The community’s current flagship project, Iron Sky, has a budget of about $4.7 million. The script, written by science fiction author Johanna Sinisalo, follows a group of Nazis who escaped to the moon in 1945 and (fast-forward to 2018) are now heading back to earth to wreak all kinds of havoc. The film is being produced by Finnish production companies Energia Productions, BlindSpot Pictures and Cinet and will be co-produced in Germany by 27 Films Productions. It will also be released in Poland by Kino Swiat.

Star Wreck Studios is bootstrapped so far, and the company is hoping to get a first round of funding in a year and some angel led funding in the next few months.