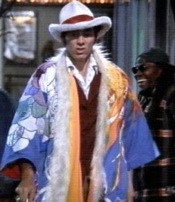 Rumors that Apple could unveil a subscription-based iTunes are nothing new (the Financial Times reported it back in March), but two tips today to two separate sites are reigniting it. Both MacDailyNews and TUAW, two Apple-focused blogs, received word that an announcement would be made in September with a launch of the service in October alongside iTunes 7.8. The main details of both rumors align, which seems to indicate that either the news is true or the tip is from the same incorrect source. I’m gonna go with the latter but you can decide for yourself.

The service would be called iTunes Unlimited and would feature 256 Kbps quality music — higher quality than any other service. Half of the current iTunes store catalog would be available under this service at launch (presumably with the rest coming over time). You’ll be able to buy the service through iTunes or at Apple stores.

$129.99 will buy you a one-year subscription to iTunes Unlimited — unless you buy it with MobileMe, then the combined price is $179.99 (which would save you about $50 off of current MobileMe prices). If you already have MobileMe, iTunes Unlimited would be $99.99.

You will still be able to buy music as you do now, this subscription service would simply be a new aspect to the store.

The rumor also suggests that disk access will be coming to the iPhone and iPod Touch.

So there you go. I’m not buying it, but it’s not entirely inconceivable either. I’m of the mindset that Apple chief executive Steve Jobs likes to keep things simple on the user experience end. In fact, I’d argue that’s a main reason for iTunes’ success. An iTunes subscription service on top of the regular store would seem to complicate things. Of course, Jobs has reversed course in the past, notably in allowing movie rentals on top of movie purchases.

One odd part of this rumor is the MobileMe tie-in. Is Apple looking to save its online syncing service after a month of awful publicity following outages?

iTunes Unlimited is also interesting given the recent hubub over the broken music industry business model. The RIAA keeps suing illegal downloaders and taking down sites like Muxtape, but music piracy is not going to stop.

Would the music industry really buy into a subscription service from iTunes? I’m not sure exactly how much I spend annually on iTunes, but I know it’s a lot less than $129.99. I expect that most users fall below that number as well, so maybe it would be a decent deal for the labels.

The head of music label Sony BMG also said back in March that it was in talks on a subscription service that would work on all digital MP3 devices — including the most popular one, the iPod. Nothing has come of that since.