As the Chicago Climate Exchange began trading as part of the Regional Greenhouse Gas Initiative (RGGI) on Friday, considerable doubt remained about whether the cap-and-trade system will actually effect emissions reductions. The system is plagued by poor design, merely a marginal improvement over the status quo. 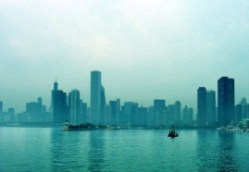 The RGGI, a cooperative of 10 Northeastern and Mid-Atlantic state governments, saw trading of 70,000 carbon permits on its first day. The RGGI only regulates emissions from power generators, and sets an emissions cap of 188 million tons per year from 2009 to 2014, which is more than what is currently emitted. The cap is then expected to decrease by 2.5% annually from 2015 to 2018. States are required to auction off at least 25% of allocated credits.

There are several critical design flaws that will hinder the market’s effectiveness, the first problem being the high cap. The price of emissions is tied to the volume of credits available, and the high cap will lead to low carbon prices, hindering the effectiveness of the RGGI. The price of carbon closed at $3.66 per credit (which buys a tonne) on Tuesday, well below the EU trading scheme’s closing price of €24.25.

Also, the RGGI trades in short tonnes, limiting its compatibility with international markets. Its omission of industrial and agricultural emitters is also a mistake, leaving two significant sources of greenhouse gases unregulated. The initiative only reins in the ever-increasing emissions from fossil fuel generated electricity and produces no real reductions. The scope and implementation of the RGGI leaves it ill equipped to stimulate investment in clean technologies — a light breeze when strong winds are required to topple the status quo.

The RGGI is seen as a limited measure that will eventually transition into some incarnation of the national climate legislation being negotiated in the Senate. There are also other regional schemes in the works, including the Western Climate Initiative (WCCI), a group of four Canadian provinces, California and six other western states.

In May, the WCCI released a proposal calling for reductions 15% below 2005 levels by 2020. If enacted, the WCCI would provide for a more vibrant and efficient market than the RGGI, acting as a catalyst for investment in wind, solar, nuclear, hyrdoeletric, and geothermal power. It has been estimated that carbon prices of $25 to $50 would make many types of clean energy, as well as natural gas, competitive with coal generation.

Following the 2008 Presidential election, we will likely see national-level climate legislation similar to the WCCI, at least in earlier years. Senator McCain’s cap-and-trade proposal mirrors the WCCI’s requirements, while calling for 66% reductions below 2005 levels by 2050. Senator Obama supports the Climate Security Act, which calls for 19% reductions by 2020, while his campaign platform calls for a 80% reduction in greenhouse gas emissions by 2050. Regardless of who is victorious in November, the next administration will see the passage of a comprehensive cap-and-trade system, sparking investment and innovation in cleantech.