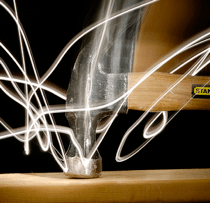 Over the past few weeks, I’ve received a lot of friend requests on the micro-messaging service Twitter that were either accounts with icons of scantily clad women, or had usernames eerily similar to other accounts that had also just requested a connection with me. More than likely these are spam accounts, Twitter profiles set up simply to mass promote something without adding any real value. Twitter realized this and promised to work on the situation. True to its word, it’s now begun suspending accounts.

Of the dozens of friend requests I’ve gotten this weekend, a significant number of those account have had the following statement on their profile pages:

“This account is currently suspended and is being investigated due to strange activity.”

Twitter had previously removed accounts for “spammy” activity, but its policy for doing so was a bit vague. Now it has a page explaining the rationale for suspending certain accounts, and more importantly, defining spam.

The first part of that paragraph is important. Twitter isn’t banning everyone who promotes their own sites or posts and what not. Instead, it’s looking for activity such as creating multiple accounts to shill something or those sending out @replies (the syntax used to let another Twitter user know you are talking to them publicly) that are “not genuine.” 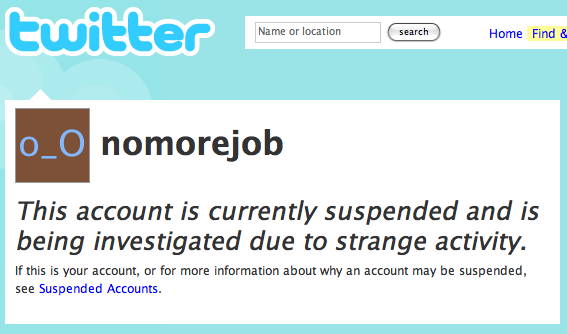 Other terms of service violations can also get your account suspended, according to the post. Those who felt they were wrongly terminated can send a request to be reinstated.

In a post last week, Twitter said that it was going to hire full-time people simply to watch for and remove spam. The first “spam marshal” is set to begin this week, but it looks like the rest of the team may have gotten a head start.