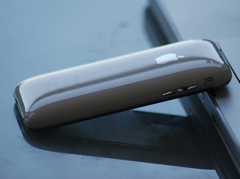 For those still thinking Apple is going to have to recall the iPhone 3G over faulty chip issues hampering its connections, there are two reports today suggesting that will not happen. One indicates the iPhone connections are perfectly normal, while another seems to put the blame solely on the carriers’ networks for any connection woes.

The first report, carried out by the Swedish firm Bluetest which sells test chambers for wireless devices, found that the iPhone performed no differently than any other phone in its chambers. “In my opinion my iphone worked perfectly,” Eva Wieselgren wrote in on the Swedish technology site GP Technik & Trender.

The report is a bit hard to follow at some points, as it was translated from Swedish, but basically the results of the iPhone were pitted against those of a Sony Ericsson P1 and a Nokia N73. The difference between the three phones on connections tests was negligible.

The other report was a survey of iPhone 3G users done by Wired.com. 2,636 people from all around the world responded with results that ranged from very fast 3G connection speeds (seven times those of the EDGE network) to slow ones (roughly the same as the EDGE network) to ones that didn’t work at all (where there were none or few 3G towers). The conclusion Wired drew was that it appears to be the carriers and not Apple’s device which are to blame for the iPhone 3G woes.

Wired published all of the data on a Google Spreadsheet found here.

While the report doesn’t claim to know why the carriers are having issues with the device, in the United States at least you can chalk part of it up to the still relativity weak 3G coverage depending on where you live. The survey also reveals that areas where there are a huge concentrations of iPhone 3Gs (like the San Francisco Bay Area), the 3G towers are likely getting slammed, resulting in slower connection speeds.

Apple would no doubt like AT&T to improve this, and as time goes on, they will. AT&T is already on record saying that it would like to increase 3G’s reach and its network speeds four fold by the end of this year.

Despite what you may read, most people don’t appear to be having major issues with the iPhone. Still, the fact that we’re talking about this at all shows some vulnerability for Apple’s much-hyped device. If, as these reports seem to indicate, these problems aren’t at all tied to the actual device, Apple should probably communicate that better.

Of course, that would probably lead to more outrage about Apple being exclusively tied to AT&T in the U.S., a deal which was recently extended through 2010. The pact may make sense for some technical reasons — Apple doesn’t, for example, have a phone that works on Verizon’s CDMA technology — but the move is also locking out quite a few users who simply refuse to sign up for AT&T’s service. These reports indicate those users may still not want to sign up.