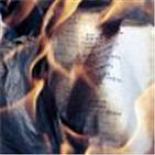 Why? Because he agreed to sell his company, a Web conferencing business, for a small lump sum upfront, and a large performance-based earnout over ensuing years. The earnout could have amounted to about 20 percent of the revenues that his product generated — or up to a few million dollars, according to McConnell’s estimates.

However, McConnell never saw the earnout because he was fired shortly after the deal was done. Virtual PBX then stopped paying him the royalties he was supposed to make under the earnout agreement. To make matters worse, McConnell alleges that Virtual PBX’s CEO cracked his personal email account, boasted of reading through McConnell’s 14,000 private emails, and tried to blackball him by badmouthing him to others, McConnell recounts. McConnell tells me he even lost his house because of the debacle. 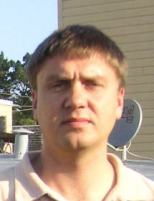 We haven’t had a chance to get a comment from Virtual PBX or its CEO. So we’re not going to take sides. [Update: I just reached Virtual PBX CEO Paul Hammond, and he declined comment, though said his lawyer might formulate a response by Tuesday evening.] But we point to the story because it’s a lesson that most entrepreneurs should take to heart: Beware of earnouts.

McConnell (pictured left) tells me he could have sued, but chose not to because of the potential expense, and the risk the company would exonerate itself based on technicalities. However, he said his investors are likely to to take legal action.

He’s mostly pissed off, he says, because of the personal violation he says he experienced from having his entire email inbox read. To help other entrepreneurs, McConnell is also proposing a voluntary workplace privacy code he says employers should adopt.

Update II: A Virtual PBX spokeswoman said McConnell has overreached in his statements two areas. First, she said McConnell failed to deliver a product that worked according to the deal agreement. Thus, no product ever went to market, and so no royalties were ever due to McConnell. Second, she said McConnell had used a company computer and had mixed personal and company email under a private email ID on the hard drive, and thus the company was forced to read through the entire account after it got McConnell’s computer back. However, she said CEO Paul Hammond has agreed it was a mistake to talk about McConnell to the private investigator.

When I confronted McConnell with the company’s response, he said he delivered the product, that it was workable and that it met each of the bullet points required under the contract specifications. (When I asked PBX for details about where exactly McConnell’s product fell short, the company spokeswoman said the company won’t divulge the contract details). Regarding the email, McConnell says he still feels violated because he’d told the company beforehand that he didn’t want it to read any of the email under his private ID.