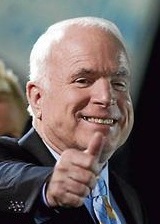 Yesterday, while noting the interesting surge in tweets (Twitter messages) during Vice Presidential candidate Sarah Palin’s speech at the Republican National Convention, we noted that it would be interesting to see how it stacked up against the other key speeches given at the conventions. Today, Twitter has answered.

The chart below shows that it’s the two Republicans who actually garnered the most Twitter attention during their speeches. Senator John McCain came was mentioned more during his speech than any of the other candidates during theirs. Palin was in second, but also had the most consistent graph (meaning mentions of her kept going for a while).

Democatic Presidential nominee Barack Obama was up pretty high as well. Obama’s running mate Joe Biden? Not so much.

This data is interesting in light of other recent data suggesting that McCain was making headway in the online world when compared to the candidate who is generally thought to have a much more savvy Internet campaign, Obama.

Of course, this chart of the candidates being mentioned on Twitter doesn’t differentiate between positive and negative tweets, as Twitter co-founder Biz Stone notes in the post. It would be really interesting to see how a chart like this would stack up if filtered for negative versus positive comments. 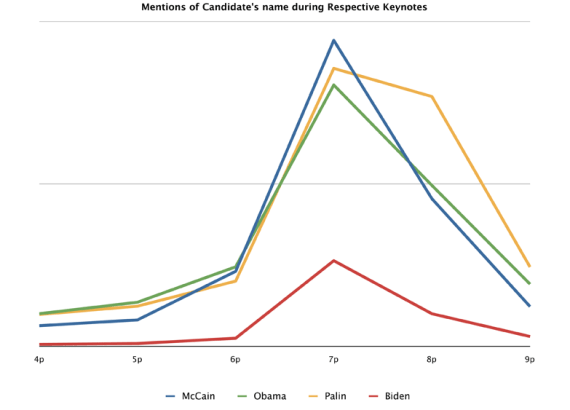