Newspaper sales plummet — The industry’s advertising revenues are off $3 billion in the first six months of this year. They are now at the lowest level they have been in a dozen years.

The Down Jones — The Dow Jones Industrial Average dropped 345 points on Thursday.

Gdgt – Former Engadget editors Ryan Block and Peter Rojas have soft-launched their new site titled gdgt. While it’s no surprise that it’ll be gadget-related, it is surprising that Brian Lam, the editorial director of Engadget-rival Gizmodo will be one of the site’s advisors. 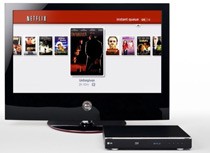 The Blu-ray Netflix box — LG and Netflix have finally come out with more details about the device. It’ll be around $400, will be available in October and will stream in “near DVD-quality,” according to NewTeeVee.

The Internet expands — Traffic on the Internet has grown 53 percent in just the past year. This is actually a slower rate than previously, but is still large growth.

Moore’s new film to get Net-only premiere – Michael Moore, the documentary film director famous for Farentheit 9/11 and Sicko will release his new movie online for free. It’s called Slacker Uprising and will be about the attempt to rally young voters in the 2004 election. CNET has more.

Square Enix withdraws — The video game company had been trying to buy Tecmo. But when Tecmo declined the offer, Square walked away, says Kotaku.

Larry Ellison could be in big trouble — Oracle apparently mishandled evidence in its insider-trading case.