Genealogy site MyHeritage raises $15 million — The Israel-based company has grown from 17 million to 25 million registered users over the past year. Investors include Index Ventures and Accel. 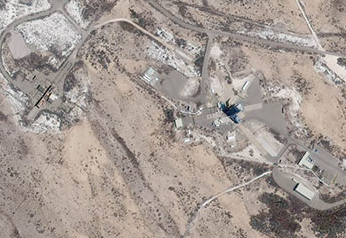 High-imaging satellite GeoEye-1 launches — It claims to take the highest-resolution images of any commercially-available satellite — enough to “show home plate on a baseball diamond.” Google has an exclusive contract to this satellite’s images. [Image of GeoEye launch site, using GeoEye.]

Europeans get earlier access to Spore but are having trouble logging in — The long-heralded video game is coming out in the U.S. this Tuesday. For more, see our interview this weekend with legendary creator Will Wright. 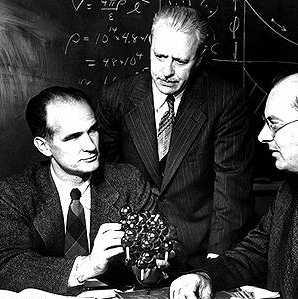 Bell Labs to stop doing “basic research” — “After six Nobel Prizes, the invention of the transistor (pictured), laser and countless contributions to computer science and technology,” Alcatel-Lucent is refocusing the renowned laboratory, Wired reports. The lab will switch to nanotechnology, networking and wireless communication, and other research more easily brought to market.

Sun Microsystems plans to launch new storage gear this fall — The product will be called FISHworks.

RedHat buys virtualization startup Qumranet for $107M— This move pits RedHat against the likes of Microsoft, VMware and Citrix Systems. Qumranet was backed by Sequoia Capital and Norwest Venture Partners with $20M across two rounds, so it is a decent win for them, considering the first round of that, $8M, came just three years ago.

LolApps, creator of white-label Facebook applications, gets $4.5M — The company is in stealth, but it’s reportedly profitable from advertising on its white-label gift-maker and survey apps. Polaris Venture Partners invested.

Server company MySQL founder Michael Widenius may resign — The story started as a rumor then MySQL owner Sun Microsystems said it was indeed a possibility.

And in case you didn’t know, Facebook Groups are publicly searchable — That’s if they’re publicly viewable in the first place.